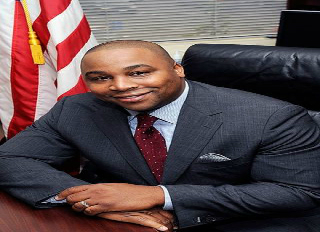 Former Mayor of Hawthorne, California, and cannabis enthusiast Chris Brown, recently chatted with Black Enterprise on how he got into the cannabis consulting business. BrownÂ shares his vast knowledge of the cannabis space, plus how he’s banking big bucks as an investorÂ and the cannabis industries people can pursue.

You are the CMO for the FOXX firm, a leading cannabis law firm in California. How does the FOXX firm work with the local government to write and improve policy for cannapreneurs?

We help local municipalities that are interested in medical cannabis write ordinances that will fit their financial needs. Most cities that we help are in some financial difficulty and need millions of additional revenue. Legalization of medical cannabis is a very lucrative business that will fill their budget shortfalls and create hundreds, if not thousands, of new jobs within the city.

Before the FOXX firm helped the city of Adelanto, California, legalize cultivation,Â the city was allegedly on the “brink of bankruptcy.â€ How did your counsel on medicinal marijuana help turn the city around? Was there any pushback from the community?

Freddy Sayegh, CEO and managing partner of the Foxx Firm helped the city attorney of Adelanto write the ordinance as well as came up with a tax structure that would fill the city budget deficit within the firstÂ year. At $10 a square foot, the city is looking at nearly 1 million-square-feet of cultivation and manufacturing; they will bring in nearly $10 million in revenues for the city budget and infrastructure.

One of your contracts is with Speed Weed, dubbed the No. 1 medical marijuana delivery company in the U.S., according to Forbes. Why did you choose to work with this brand, as opposed to some of the other cannabis delivery companies?

Speed Weed kind of reminds me of the Uber of medical marijuana. They have nearly 30,000 customers in California and are looking to expand nationally in every city that has legalized cannabis. They have been through all the growing pains a major corporation has.Â  Even cities like L.A. have changed their laws to try to stop them from growing. It’s a true testament of who they are and how big they will become. They will become a billion-dollar company within the next two to three years.

How necessary and lucrative is the consulting end of the cannabis industry?

Extremely necessary. A lot of local governments have a lot of red tape to go through to get business done. Having had been an elected official, I understand exactly how frustrating it can be waiting on a city to pass an ordinance. I help individuals and companies weather that storm. A consultant can calm the waters and give you a clear understanding of the process. In terms of being lucrative, it all dependsÂ on the deal you make with your client. At first, I thought making six figures helping individuals and companies get licenses was lucrative until I had a company offer me proper unity. LG Ventures, owned by Mark Tung, offered 12.5% ownership to my consulting firm, CB Strategies L.L.C. LG Ventures will be breaking ground on a 30,000-square-foot, two-story facility this summer that will bring nearly $33 million annually in revenue per year, starting in 2017. With Speed Weed, I will receive 8% of net revenue for every new city, county, or state I open up for them. I’m also working with Green Point Group L.L.C., owned by Hab Haddad, to bring a couple of larger cultivation companies from the East Coast to Southern California. Some of his clients have facilities more than 100,000-square feet of cultivation and research.

What has been the most difficult part of working in the industry, and the most rewarding?

One of the most difficult parts of working in this industry is the perception. Going from mayor to marijuana consultant was a bit rocky at first. But after closing your firstÂ deal, you care less. Cannabis helps millions of people around the world fight cancer, PTSD, and many other diseases. I’m happy to be a part of the forefront of this new revolution.

How should cannabis entrepreneurs seek capital to grow or expand their business territoryÂ and/or work with someone with your vast expertise?

Hire a consultant! Getting a license should be your No. 1 priority before raising money to cultivate. I guarantee once you receive a license or a CUP (Conditional Use Permit), investors will start calling you. A business plan is everything in this business. So, if you have a license or a CUP and a business plan, funding will come. Having a cultivation license is more lucrative than owning a casino! Just think about it, how many 30,000-square feet casinos are bringing in $3 million a month? Not many.

You’ve successfully transitioned from a career in government to a career in cannabis. Why cannabis, why now?

Why not cannabis! I may be the firstÂ former elected official to move over to this field. This industry will due more than $100 billion nationally over the next 10 years. Let alone all the medical benefits it brings to patients throughout the world. It’s prohibition of the 1920’s being unlocked to entrepreneurs. With the help of Speed Weed, Freddy Sayeh, Hab Hadded, and Mike Sherman, the transition has been a great experience. When Gov. Jerry Brown of California pushed to pass AB 266 last September in the final week of the legislative year, I knew it was time. What other opportunities are there in the cannabis business for those who do not want to open their own delivery or dispensary company?

Is there anything else we should know?

Do not miss this opportunity. Ask your local government has it ever considered legalizing medical marijuana? Nearly one-thirdÂ of the states have passed laws already. It happens every 100 years. Get a license now!