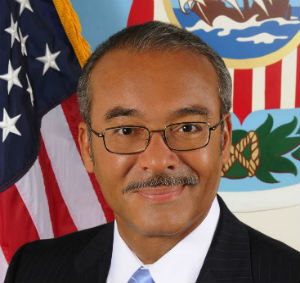 The 15th largest city in the US, Columbus, Ohio, is becoming one of the friendlier cities for small businesses in the country. With some 800,000 residents, 28% of whom are African American, the city has been recognized for an economic recovery that has led to an unemployment rate that is lower than the national average.

At the head of it is Mayor Michael B. Coleman whose efforts have created more than 40,000 jobs and brought in $7 billion in private investment to Columbus since his tenure began in 2000. Columbus is also the host city for the 2014 Black Enterprise Entrepreneurs Conference + Expo May 14-17.

BE spoke with Mayor Coleman about economic development and small business initiatives in the city. Here’s what he had to say:

BE: Can you give me an idea of what the city is doing to strengthen business development?

Michael B. Coleman: Essentially, what we have done is we have developed a public-private partnership that has been focused on business relocation and business expansion. There’s some expansion when it comes small minority business and business relocation from around the country with an aggressive effort towards that end. Since I’ve been mayor, we have this public-private partnership, we’ve called Columbus 2020. What we’ve been trying to do is really focus on the fact that we have 18 regional colleges and universities and some 140,000 students that graduate from those colleges and universities. We have designed an economic development program effort that it attempts to, if successful, it attempts to keep them here.

We create an environment of economic prosperity and opportunity in our city. We really worked at that. When we created this environment of economic prosperity, there’s a point of view that if you come to Columbus, that you will have the opportunity to succeed. We’re now creating more business, more minority businesses, more small business and businesses relocating to our city. We’re creating more jobs. We have the lowest unemployment rate in the state and among the lowest unemployment rates in the country.

Give me an idea of a success story, a company that either started up in Columbus that is doing really well or a company that has moved to Columbus and is continuing to grow.

Coleman: Well, I could tell you about a couple of companies. One, I’ll tell you the oldest minority business in the nation, the E.E. Ward Moving & Storage. I believe it’s the oldest continuously minority owned company in the nation. It was founded in 1881. It was a small moving company and it’s now an emerging moving and storage company that we’re very proud of. It has a lot of business, all over the region and frankly it’s now moving nationally. Moody Nolan Architects is the largest minority owned architectural firm in the nation; and it is located here in Columbus. Glory Foods was birthed in our city and they continue to grow and we’re very excited to help them as well.

So the city is emerging pretty strongly from the recession?

Coleman: Actually, we have. The city of Columbus as of 2013 has recovered from the recession by I think 108% from prior to the recession. We’re one of the few cities in the nation to have a full recovery plus. It’s because we’ve made economic development, job creation and business development our chief priority; and the reason is because we’re an income tax city. That means the city of Columbus’ government is fully and completely reliant upon the number and quality of jobs that exist in the city. We very much rely on job growth. Job growth and business growth is essential to the delivery of the basic city services.

Our economic development, job growth and businesses have become paramount in our city. Everything we do, we think of it in terms of how does it help the economy; and how does it create and produce quality jobs.

Black Enterprise is having its conference there in roughly two months. What are some of the messages that you want to impart with entrepreneurs looking to attend?

Coleman: Well, first, I think what people don’t know, Columbus is the largest city in Ohio. Columbus is a 21st Century city. Our best days is still ahead of us and that Columbus is becoming the voice of the Midwest in many ways. It is the place where businesses come to test their products and politicians come to test their message. Â We’ve had more presidential visits for the past decade than most of the nation. Just to give you an example, in 2012 alone, the last presidential election, well, the presidential candidates and their running mates came to Columbus 77 times, more than any other city in the nation except for New York City. The reason is because Columbus is central to delivering this state of Ohio in a presidential race. You can’t win Ohio unless you win Columbus.

One of our messages to the world is Columbus means business. We’re the test ground and battle ground for politicians and products. We’re the voice of the Midwest in that regard. We’re, again, we’re a driving, a metropolitan area, a downtown that is about as exciting and important as any other downtown in the country. It didn’t used to be that way but it is now. When people come to Columbus, they’re actually surprised and shocked by the level of vibrancy, diversity, and how we have thrived. We’ve gone against the green left out region. We are not a left out city even city even though we’re in a left out region. We’re actually the diamond in the rough.

Why We Need Black Computer Programmers