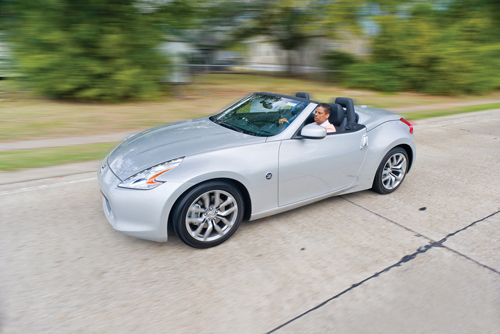 Located just 30 miles from the Gulf of Mexico, Lake Charles, Louisiana, has a population of less than 72,000. And that small town setting suits New Orleans native John F. Stelly just fine, despite being in the business of selling as many cars as possible.

Stelly, CEO of Paramount Nissan (No. 26 on the BE AUTO DEALERS list with $45.2 million in sales), was doing something a bit unexpected while the auto industry was busy righting itself–expanding. Amid the industry turmoil, Stelly’s business acquired 171 Nissan and 171 Ford, a pair of dealerships in DeRidder, Louisiana, that lie roughly 50 miles north of Paramount’s home in Lake Charles. The company also acquired 15 acres of land in Silsbee, Texas, and built a state-of-the-art 14,000-square-foot Nissan dealership at a cost of $4 million.The automotive industry travails over the past few years are well documented; sales in 2009 were the lowest since 1982. While it may seem ill-advised to spend millions to expand sales capabilities during the industry’s worst slump, Stelly’s philosophy is being the biggest fish in a smaller pond. The three locations create a 197-square-mile triangle that guarantees Paramount Nissan excellent market penetration, which he predicts will more than double sales for 2011.

U-turn to Profitability
171 Nissan and 171 Ford had been a family-owned operation for 45 years. But it was being operated by the second generation, which Stelly says may have lacked the passion for the business necessary to withstand the challenging environment. “In this particular climate, especially last year and end of ’08, if you don’t love it and if you’re not prudent, you’re going to fall by the wayside,â€ says the 44-year-old Stelly. “This is not the type of business where it’s a leisure thing or it’s like a second job or second nature. This has got to be a love, and this has got to be your focus.â€

As the dealership is only an hour’s drive from Stelly’s Lake Charles showroom, common sense might dictate that he’d be cannibalizing his current customer base with the acquisition. However, he would also be acquiring his closest competitor. “It works out great. I’m my own competition, which means I cover–from a Nissan perspective–more than 70 or 80 miles of territory by buying this dealership, north and south,â€ he says. “I’m the only Nissan dealer from Lake Charles to Shreveport, which covers 150 miles, roughly.â€

The struggling 171dealership owners contacted Stelly after a sale to another party for $2 million fell through. He looked over the books and saw the locations, which generated roughly $10 million annually, were hemorrhaging money to the tune of $100,000 per month. Stelly offered a sizable dollar amount for the business (minus the dealership’s inventory) on June 28 and the deal closed August 12. The deal also doesn’t include the property the dealership sits on, which is rented. In the ensuing weeks, Stelly’s team executed a turnaround plan:

– Reduced the workforce from 40 to 19
– Doubled the number of new vehicles in inventory to 120 to ensure a wide selection
– Maintained roughly 50 pre-owned vehicles to capture the used car market
– Focused the inventory on Nissan’s best-selling vehicles in the area: the Altima and Sentra
– Increased advertising by 50%, focusing primarily on local television and print but also including e-mail blasts alerting past customers to new incentives

All told, by year-end 2010, Stelly’s new location had recouped nearly the full cost of the investment and was operating profitably.

Over the Border
Another opportunity for Stelly’s expansion plan came via Nissan directly. The automaker wanted a presence in a demographic market that includes Silsbee, Texas, a city near the Louisiana border, and offered Stelly the opportunity to start a new franchise there. But there were conditions: The facility had to be built to Nissan’s specifications. So despite essentially being gifted the franchising rights, Stelly would still face challenges constructing the 14,000-square-foot facility with 15 service bays.
Paramount Nissan acquired the 15 acres of land for $800,000, but that was the easy part. Nissan’s brand imaging requirements mandate that all dealerships look virtually identical. “They want you to have the right tiles, right furniture, right signage, acreage, facility size, even the number of parking spots and service bays,â€ recalls Stelly. “We had four or five meetings with our architects and Nissan’s brand imaging people and Nissan’s architecture firm. It took more than nine months for approval.â€ Those architectural fees put Paramount Nissan in the hole for some $170,000 before ground was even broken.

Once construction started, there was continual oversight. “At each phase of construction, Nissan sent a representative to inspect the cosmetics of the building and at any point they could say, ‘This has to be redone.’â€ Fortunately there were only minor changes to be made, but costs still mounted, explains Stelly, who admits the new venture wouldn’t have been possible had the other locations not been operating profitably. He worked with Nissan Motor Acceptance Corp. to help with the financing for construction, which totaled more than $4 million. “Banks only do 80% commercial loans, so I had to come up with roughly $1 million in cash.â€

Minority Report
Stelly’s success is rare in an environment where the number of minority-owned dealerships continues to dwindle. “Over the past two or three years we’ve lost well over 30% to 35% of the minority dealing body,â€ says Damon Lester, president of the National Association of Minority Automobile Dealers (NAMAD). And while there is stabilization that signals the worst is likely over, it’s taken a catastrophic toll. “The African American dealer count has had a significant amount of attrition. There are less than 300 black [auto] dealers in the country.â€

While the rising sales volume of vehicles shows a positive outlook that consumer confidence is coming back, auto sales will likely show only modest gains as long as high unemployment and housing issues remain. “For us to retain the number of dealers that we have, as well as increase the minority network, we need access to capital,â€ says Lester. “We’re still seeing challenges from the banks to lend to automobile dealers, particularly those who don’t have the equity in their stores and in the real estate that they once had.â€

For the relatively few who can gain access to capital, such as Stelly, opportunities remain. “The price to acquire dealerships is at an all-time low, so there’s a lot of opportunity for growth. In order for us to grow we have to be creative in how we do business; that means we have to be creative in partnering and using private equity as an additional source to obtain access to capital,â€ says Lester. “This is a very good time to buy stores. Stelly is an example of dealers who have cash, or access to it, who are capitalizing on the market conditions.â€

Stelly stands to benefit from having profitable operations that could fuel acquisitions to help penetrate new markets and grow his business. “[In] the current economic climate, it’s tough for dealers who either lack capital or access to capital. And Mr. Stelly’s first dealership in Lake Charles has been so successful for him it’s allowed him to acquire additional properties and additional businesses,â€ says Mark Alan Rainey, senior manager, Dealer Network Strategy for Nissan North America. “I would say that as far as his acquisitions this year, he’s fared better than any of our other minority dealers.â€ 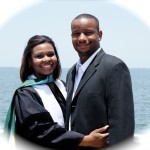 Marriage and Money: Getting on the Same Page