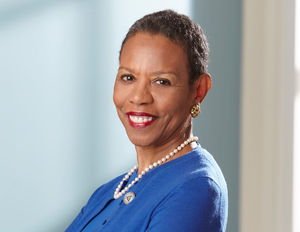 Spelman College has named educator Mary Schmidt Campbell, Ph.D. as its next president to follow the 13 year legacy of Beverly Tatum, Ph.D.

Coming from an extensive background in education, public service and the arts, Campbell was appointed dean of the Tisch School of the Arts at New York University in 1991 and retired from her position in August 2014. Prior to her tenure at NYU, Campbell led efforts in transforming the Studio Museum in Harlem from a rented loft over a liquor store into the country’s first accredited black fine arts museum. She currently serves as vice chairwoman of a presidential committee that works to improve the importance of art in public schools.

Last September, Campbell visited the prestigious black women’s college to help the school plan the renovation of its art facility and from there the relationship grew.

[Related: Former NYU Dean in the Running to Become Next Spelman President]

“I was blown away,” Campbell told Philly.com. “…I thought how phenomenal it is to be a black woman and come to a place where you are the heart and soul of the mission of that place.”

Campbell, who earned a bachelor’s in English literature from Swarthmore College and a master’s and Ph.D. from Syracuse University, will officially step into her new role August 1, 2015. She says her goal at Spelman is to focus on increasing financial aid to attract the best students, while bringing in more resources for teaching and research and developing the new arts facility.

Congratulations to Dr. Mary Schmidt Campbell, president-elect of Spelman College! So excited for her & for Spelman! I’ll pass the baton 8/1!