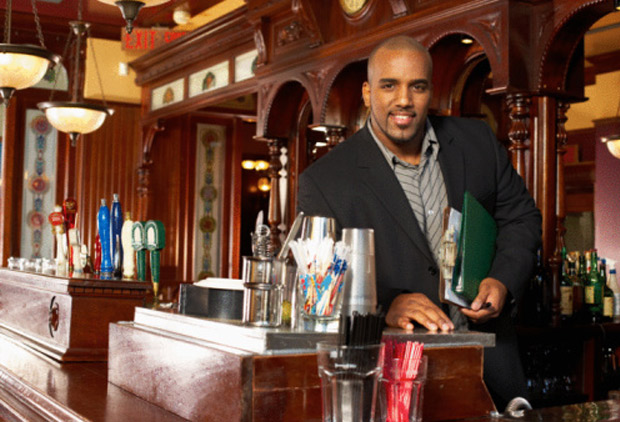 Beginning this week, bartenders, restaurateurs and dreamers have a shot at opening a one-of-a-kind bar that’s already built inside a 20 ft. by 8 ft. shipping container at Gaithersburg Marriott Washingtonian Center hotel in Montgomery County, Maryland. Marriott International is seeking an entrepreneur to run the bar through Canvas, a global incubator designed to bring food and beverage concepts to life at the brand’s hotels.

[Related: 10 Tips To Opening Your Own Club]

The winning idea will get an infusion of resources, including up to $30,000 in seed money, expert guidance and a purpose-built facility in Washington, DC that turns the notion of a “pop-up barâ€ on its ear, according to the company. Business plans can be submitted at www.canvas-startup.com up until noon on June 9. Marriott joins a growing list of major corporations that are sponsoring programs to help budding entrepreneurs to grow.

Together with a panel of local mixologists, business experts and hotel operators, Marriott will determine which entrepreneur brings the most creativity, sustainability and business acumen to the table. After an initial span of operations, the concept will be evaluated for success based on popularity and return on investment.

As Marriott focuses on next-gen customers who thirst for local culture and cuisine, CANVAS pushes the envelope to allow Marriott to deliver distinctive food and beverage options more quickly than the typical industry model, company reps point out. As the program expands, Marriott will be able to attract, motivate and retain more talent – and create a robust food and beverage idea pipeline – while supporting smart, savvy entrepreneurs on the local level.

“Containers are the new hot thing, and we got one … our first. Our newest outpost of CANVAS, Marriott International’s global food and drink incubation lab, will go lakeside to Gaithersburg and we can’t wait,â€ said Wolfgang Lindlbauer, global leader, Food & Beverage in a released statement.

Marriott is firmly rooted in the food and beverage industry – not just for restaurants and bars in its hotels around the world, but for the nine-stool root beer and tamale stand at its founding. In May 1927, J. Willard Marriott opened an A&W root beer stand in Washington, D.C. When the weather turned cold, Marriott and his wife Alice, who had learned how to make tamales and chili con carne from a cook at the nearby Mexican Embassy, began selling hot food that would later inspire a name change. The newly minted Hot Shoppes rapidly grew in popularity throughout the mid-Atlantic region of the U.S. well before the company opened its first hotel in 1957.