Marriage and Money: Getting on the Same Page - Black Enterprise 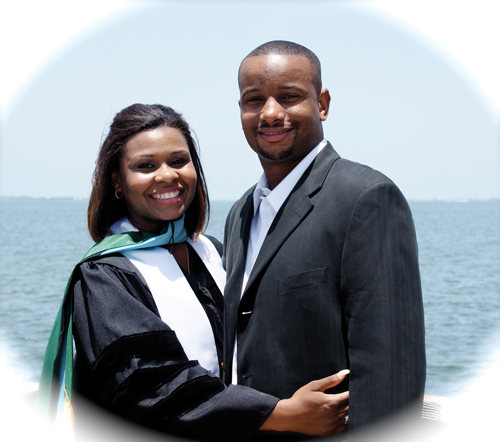 Lateshia Woodley and Alex Kelly of Ellenwood, Georgia, have come a long way. The young couple–he’s 35 and she’s 33–started out as teen parents. Woodley was just 15 years old when she gave birth to their son, Alex IV. But the couple has done exceptionally well keeping their family intact while pursuing higher learning and improving their financial situation. The duo values education and hard work, and it shows.

Married now for 13 years, Kelly, who worked as a regional manager forÂ  RaceTrac Petroleum, first helped to put his wife through school, which allowed her to earn several degrees: associate degrees in medical assisting, paralegal studies, and administrative management, all from Clayton State University. She also holds a bachelor’s in business management, and master’s and doctoral degrees in counseling psychology.

Now Woodley is returning the favor, covering the family’s household bills while her husband attends school full time to earn an M.B.A. from Troy University. Kelly expects to complete the program by next year. With her recent promotion as a school improvement specialist for Atlanta Public Schools, Woodley earns an annual salary of $76,000 plus $14,000 (net after expenses) from her private practice.

Although they have a net worth of just $2,785, their emergency and retirement savings are pretty positive. Their emergency cash reserve equals seven months’ worth of living expenses, or $52,000. Woodley has a traditional pension plan with Atlanta Public Schools; at her current salary, if she were to retire at age 60 she would be eligible to receive a pension of $15,200 per year. Kelly has accumulated a little more than $100,000 in a rollover IRA and traditional IRA.

The family’s healthy reserves can be attributed to Kelly’s stellar saving and investing habits; over the years, whenever he received a raise or promotion he would squirrel away the increase. Woodley, however, is a spendthrift who tends to give away money to any young person in need. 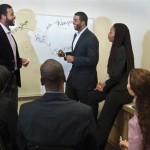 Volunteer Your Way Out of Student Debt 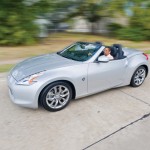