Managing Excuses: How to Increase Accountability in the Office 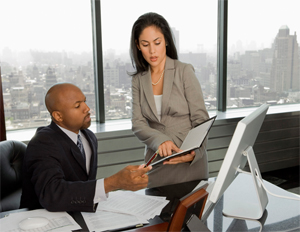 If you are a manager you probably hear several excuses a day. There are some instances when an excuse is legitimate, but when said repetitively becomes a deterrent to progress. If you find yourself becoming a pushover and mainly doing the work yourself, it may be time to change up the game plan. Avery Augustine of The Daily Muse explains several key ways to minimize excuses in the office.

Stop Saying “That’s OKâ€
When an employee would walk into my office, shoulders hunched and puppy dog eyes in full effect, I couldn’t help but lend a sympathetic ear. So, when she explained “I’ve been so overwhelmed with my other work lately—I just didn’t have time,â€ I couldn’t muster the gumption to respond with anything except, “Oh, that’s OK.â€

The same thing happened when someone didn’t know how to pull the numbers for a certain report, couldn’t get a client to return her call, or justÂ had too crazy of a night to make into the office on time the next morning. I’d fall into the same trap and repeat it again: “That’s OKâ€—even though these excuses were far from acceptable.

So, learn from my mistake and take the first—and incredibly important—step toward keeping your employees accountable: Stop saying “that’s OK.â€ It’s an easy phrase to blurt out as a natural sympathetic response, but what you’re really conveying is that it’s completely acceptable to make excuses for bad behavior. Is that really what you want your team to think?

Read more at The Daily Muse …

Managers and Leaders: How to Shine at Any Work Meeting