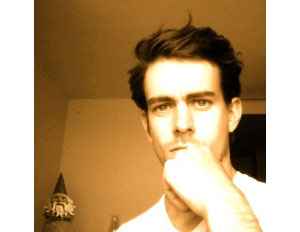 Twitter CEO Jack Dorsey confirmed the departure of four top-level executives at Twitter after tech media blogs reported layoffs and firings at the company, on Sunday. He also clarified the reports of firings in his post calling them “inaccurate press rumorsâ€:

Given the inaccurate press rumors today regarding their departures, I’m addressing this now: I’m sad to announce that Alex Roetter, Skip Schipper, Katie Stanton, and Kevin Weil have chosen to leave the company.Â

Jason Toff, who heads up Twitter’ s video app product Vine, also announced on Sunday that he was leaving Twitter to work with Google on its virtual reality products, according to the New York Times.

Despite success as a globally disruptive social media app and means of communication, Twitter has been steeped in controversy and financial troubles. Most recently, many criticized the hiring of white male Jeffrey Siminoff, as the head of diversity and inclusion.

The criticism was especially pointed since the revelation that African American employees made up just 1.5% of Twitter employees as of 2015, although according to the Pew Research Center, blacks make up the largest percentage of Twitter’s userbase and are most active on the platform.

Twitter shares fell in the wake of the news of the management departures, reports MarketWatch. Investors have historically struggled to see value in the platform, although it is used by millions. In the past month, Twitter shares fell 22% however, some Wall Street analysts say that new management will introduce fresh blood into the company and that advertising partnerships should help the company monetize.

Yet, investors remain wary. From MarketWatch:

The stock’s valuation is becoming “more interesting,â€ said Citi Research analysts, but the uncertainty with executive departures, as well as employee turnover and ongoing business challenges, caused the researchers to reiterate a neutral rating.