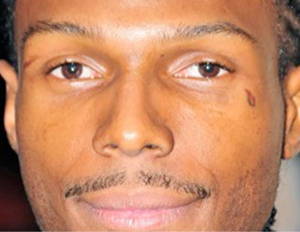 City prosecutors have charged David HernÃ¡ndez Cruz and Manuel Alejandro PÃ©rez de JesÃºs with murder and robbery. The two worked as waiters at Mexico City’s Palace Club, a downtown bar where Shabazz, 28, was fatally beaten. A prosecutor said the incident was a dispute over a $1,200 bill.

Authorities are looking for two other restaurant employees who allegedly participated in the beating, leaving Shabazz with fatal skull, jaw and rib fractures. Friend and labor activist Miguel Suarez, at the bar with Shabazz during the incident, was robbed but not beaten, authorities said.

A spokeswoman for Shabazz’s family had no comment on the arrests. Funeral arrangements have not been arranged, as American consular officials are still working to have his remains returned to the U.S.

Matthew Knowles Owes IRS More Than $1.2 Million in Back Taxes