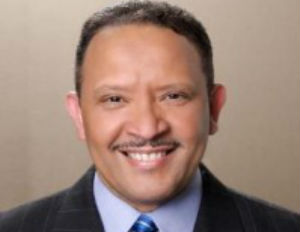 By passing this bill, we bridge the gap between helplessness and hope for more than 5 million educationally deprived children. We put into the hands of our youth more than 30 million new books, and into many of our schools their first libraries. We reduce the terrible time lag in bringing new teaching techniques into the Nation’s classrooms. We strengthen State and local agencies which bear the burden and the challenge of better education. And we rekindle the revolution–the revolution of the spirit against the tyranny of ignorance.â€ — President Lyndon B. Johnson, on the signing of the Elementary and Secondary Education Act, April 11, 1965

In a matter of weeks, our nation’s senators will decide whether to improve access to this country’s promise of opportunity for every child through quality education, or deny our most vulnerable children–many from historically disadvantaged groups–equity, excellence, and accountability in our public school system, and along with that, a proven path to future opportunity and success in this country.

If the Every Child Achieves Act of 2015 passes in its current, deficient form, children in low-performing schools, children of color, children with disabilities, and those born into poverty and poor neighborhoods are sure to be left behind.

The ECAA is the U.S. Senate’s bipartisan reauthorization of the Elementary and Secondary Education Act, also commonly known as No Child Left Behind. The ESEA was signed into law 50 years ago. It was a landmark piece of federal civil rights legislation that became a critical cornerstone of President Lyndon Johnson’s “War on Povertyâ€ initiative designed to close the education achievement gap between lower- and higher-income children. Fifty years later, with Congress currently considering a vote on the ESEA reauthorization bill, the gap in educational opportunity, achievement, and funding has only grown wider; and the promise of equity in education for all our nation’s students will be betrayed by a bill that does not provide additional support and opportunities for disadvantaged students.

For the first time in our nation’s history, students of color are the majority of the U.S. student body.Â  And according to a recent survey by the Southern Education Foundation, a majority of all public school students come from low-income homes. The continued success of our nation on the domestic front and the international playing field will be in large part determined at the intersection of civil rights and education.

A nation fully committed to the future success of all its children and, by extension, its own future, must pass a reauthorization bill that holds schools and districts accountable in every instance and manner and that leaves no vulnerable students behind. We must spend our education dollars and resources where the need is greatest. Without strong federal oversight and the ability to course correct when necessary, the practice of understaffing and underfunding schools in our most vulnerable communities will continue unchecked.Â  The practice of not requiring school districts to provide equitable resources, or to close the comparability loophole in all their schools, for vulnerable student subgroups like English language learners or students with disabilities, will only serve to perpetuate the very inequality the original bill sought to make the stuff of history in our modern-day schoolroom textbooks. We all know knowledge is power, therefore the reauthorization bill also needs to provide the transparency, data, and reporting families and communities need to effectively advocate for their children and schools.

Without critical provisions like these, like so many families, government officials, and advocacy groups, the National Urban League will stand firm in its opposition to the current incarnation of the ECAA and demands that Congress revisit and recommit to the vision of ESEA when it was first signed into law 50 years ago.

This week, we were joined in our opposition and fight to revise the bill by 84 members of the Congressional Tri-Caucus–a group composed of the Congressional Asian Pacific American Caucus, the Congressional Black Caucus and the Congressional Hispanic Caucus. The group sent a letter to the education committee in the Senate acknowledging the flaws in current law the bill has remedied, but they also maintained that “the bill in its current form does not do enough to protect the historically disadvantaged and vulnerable students the ESEA is intended to serve.â€

We commend the Tri-Caucus for standing on principle and opposing the bill. We also look forward to working in partnership to craft an ESEA reauthorization bill that will prepare all children for college, work, and life–no matter their family income, race, or zip code–allowing every child the opportunity to realize and act on their full potential. 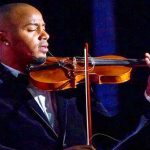 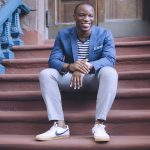