Majority Believe 'Negro' Should Be Removed From Census

As 2010 Census forms arrived in about 120 million mailboxes across the U.S., the use of the word “Negroâ€ to identify African Americans raised alarm bells in black communities.

When BlackEnterprise.com recently polled our readers about the term on the 2010 Census form, a majority of respondents said that identifying oneself as a Negro is derogatory and offensive.

“I find it amazing that in 2010 we chant change and are hopeful for progression in the future, but yet we are still holding on to the past,â€ wrote “Dellam,â€ a BlackEnterprise.com subscriber.

The term is found as a response to question No. 9 and provides individuals with the option of being identified as “black,â€ “African American,â€ or “Negro.â€

“I was offended by the term, but it was not enough to keep me from filling out the Census,â€ stated “Vanessa,â€ who commented on the online poll.

Use of the term was accepted as normal until the Civil Rights movement. It is considered by many to be outdated and offensive. However, Negro is still used in some historical contexts and in the names of empowerment organizations.

Despite some feeling that the term is outdated, Census officials say that the word is still widely used by older African Americans.

“In 2000 the term was there [on Census forms] and even though we recognized the growing dominance of the term African American and black-but based on our statistics from the 2000 Census there are still some segments of the population who identified with the term negro,â€ said Arnold Jackson, associate director for the Census.

In fact, in the 2000 Census more than 56,000 people checked the box “other raceâ€ and wrote Negro on the line that asked people how they describe their identity. Therefore, the Census Bureau decided to keep the term to account for everyone who wished to be identified as such explained Jackson.

But not everyone was offended. Twenty-three percent of BlackEnterprise.com respondents agreed that the U.S. government should used the term Negro on Census forms because since some people still identify themselves that way while 25% were in the “What’s the Big Deal,â€ camp.

“Inclusion of the label Negro should not be taken as offensive,â€ wrote Jeremy Babers, a BlackEnterprise.com subscriber. “The UNCF acronym stands for the United Negro College Fund, which provides scholarships and support for students and HBCU’S around the country. There are several other historic organizations that have antiquated forms of African-American identification in their names…such as the National Council of Negro Women and the National Association for the Advancement of Colored People.â€

The Census Bureau is testing the removal of the term “Negroâ€ from the question on race, and results of this research will inform design changes for future surveys and the 2020 Census.

The results are in:

Should the U.S. government have used the word Negro on the 2010 Census form?
–No, the word is derogatory and offensive 52%
–Yes, some people still identify themselves that way 23%
–What’s the big deal? 25%

BlackEnterprise.com conducted the poll between March 18 and March 29. 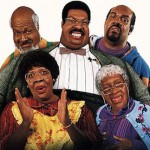 Cash for Clunker Appliances: Time is Running Out