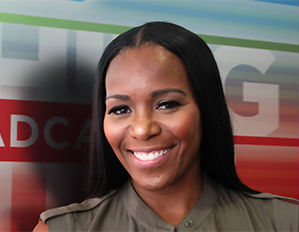 We all watch it. Even if you say you don’t, you probably do (admit it). It’s really kind of hard notÂ to watch. Though many of us may turn our noses up at the drama, the scandal, and the outlandishness that is reality television, you can’t really deny that despite, and perhaps even because of, all of these things, reality television is wildly entertaining.

What happens when you aren’t the entertained viewer, but you’re instead the entertaining subject? BlackEnterprise.com caught up with one of those subjects, entrepreneur, hairstylist, business coach, and star of WE tv’s Cutting It in the ATL, Maja Sly, to find out if the experience is all that it’s cracked up to be. Check it out.

Sly: I hate the process. It’s not a fun process at all. It’s not glamorous. You don’t just show up while we’re having lunch and drinking; and that’s what I initially thought. No, it is a job. I shoot a lot, because my story has a lot of layers and a lot of content. You have to know who you are before you go on that television screen, because it is completely different than what you signed up for.

BE: How has the reality show helped your business?

Sly:Â I have to pimp myself on television to sell hair, because it’s a platform. My business has benefited in a way that I couldn’t have paid for. What television does for you is put you in someone’s living room, and they feel like they get to know you. I could have purchased every billboard in Times Square and not do what one episode did for my business. When I went on television, I did it for a specific reason; not to be a celebrity–I wanted to use the platform for what it was worth. When I’m on screen, I get to talk about myself, my brand, my business.

BE: What was your initial expectation in doing a show, given the drama surrounding many other reality shows currently airing?

Sly:Â I talked to my attorney, and she said they could put things in my contract that stated that if things go a certain way, then I didn’t have to film. I said, “If I do this, I’m going to do it my way, and I’m going to be the change I want to see.”

I was clear with production, when I sat down with them. I said, “I know you think every black girl just wants to be on TV, and I know you think every black girl will do anything for the camera, but if I tell you I will not do something, I’m not doing it.”Â We have that right. We are not slaves. We are paid, per episode, to show up and film. If I show up and I don’t like the situation, I leave.

If you want to do reality television, just know who you are before you do it. Set the expectation and the boundaries and don’t get caught up in the silly stuff.

BE: What has been your biggest gain from reality television?

Sly:Â I grew my business on television. I opened my online store four months before the show came on, so I was able to measure completely by the show. What we sold before in a month, we sell in a day now, and when the show is on, in an hour. Â I’ve spent six figures a year on marketing, since 1998. Last year, I spent $6000 on marketing and my business grew 700%.

BE: What has been your biggest loss?

Sly:Â My biggest loss is time; the amount of time you spend filming a show takes away from your personal life. For the past 24 months, I’ve been filming for 18. I have no life. You film a lot, and then when the show comes on, you have to be ready to capitalize off of it. They put you on television, [but] it’s up to you to create the opportunities.

BE: What would you change about being on the show?

Sly:Â If I had it to do over again, I don’t think I would change anything. When I look at it in its totality, you have to take the good with the bad. The double-edged swords are just what they are.

BE: What does the end-game look like for you?

Sly:Â My end-game is to grow my business, Pretty Hair, and our affiliations, so that the business is on auto-pilot. Also, to grow the brand, so I can sell it and do other things that I love to do.

BE: Has it all been worth it to you?

Sly:Â It’s worth for me, because of the way I went into it. This show, for me, was a God-wink.

For more of Maja Sly, visit majasly.com. Catch episodes of Cutting It in the ATL on wetv.com.