If Johnson, who is not related to the Johnson publishing family, were to purchase the 68-year-old Johnson Publishing (No. 15 on the BE 100s Industrial Service list with $328 million in revenues), the transaction would infuse new blood into the company, says Samir Husni, director of the Magazine Innovation Center at the University of Mississippi at Oxford. “The business model that they started, like the rest of the magazines in this country, is no longer working, says Husni.

Sale rumors have been in the air since February 2009 when the company underwent a reorganization.

Magic Johnson, the former Los Angeles Laker, has formed several strategic partnerships with companies such as Sodexo, Starbucks Corp., AMC Entertainment Inc., and Aetna. Johnson has also ventured into the financial services sector, and through the Canyon-Johnson Urban Fund committed nearly $1 billion in capital on the revitalization of ethnically diverse communities. He also licenses his name and likeness to companies such as Jackson Hewitt and furniture rental company Rent-a-Center, an endeavor that critics say discredits his goals to uplift the black community.

Like many other publishers, Johnson Publishing has faltered under the weight of the current economic crisis. Ad revenue at Ebony declined 38% to $35.5 million last year, according to Publishers Information Bureau. In an effort to boost revenue at Jet, Rice announced this month that Jet, a weekly, will be redesigned to include a new layout and content.

“As a world-class media company, we will solidify Jet’s position as an innovator and leader in the African-American marketplace,” said Rice, in the announcement. Rice became chairman and CEO in 2005 when John H. Johnson passed away.

Ebony and Jet Magazines introduced the country to Black American life, fashion, and celebrities when John H. Johnson founded the magazine in 1942 on a loan from his mother’s furniture.

Husni credits Jet magazine with sparking the national civil rights movement when it published the photos of the brutally mutilated body of Emmett Till in his casket in 1955. Till’s murder was racially motivated and the photos not only shed light on lynching in America’s southern states, but supercharged the magazine’s success. 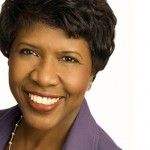