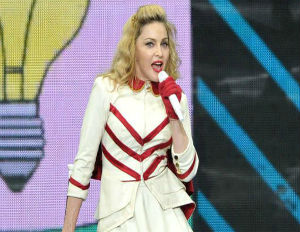 Madonna may be supporting President Obama but that doesn’t mean everyone at her concerts agree with her choice.

This past Saturday, several New Orleans concertgoers walked out of Madaonna’s concert after she told the crowd to vote for Obama.

After she saw the crowd’s reaction she amended her statement:

“Seriously, I don’t care who you vote for … Do not take this privilege for granted. Go vote,” she continued.

In September, Madonna confused fans at another of her concerts when she told them to vote for the “black Muslim in the White House.”

Read the story at the N. Y. Daily News.