Love & Money: Are You Legally Responsible for Your Stepchildren? - Black Enterprise If you’ve gotten married recently and your new love has kids, congratulations–you’re a stepparent! But what are your legal rights and responsibilities?

In a nutshell, you have none. While you might perform all the day-to-day tasks of a biological parent, stepparents have no legal rights or responsibilities when it comes to their stepchildren. Marie Washington, an attorney at the law offices of Mark B. Williams in Warrenton, Virginia, breaks down what stepparents can and cannot do legally. (Laws vary according to your state, so seek the counsel of an attorney near you for specific advice.)

Â However, there are two circumstances where a stepparent might be able to obtain legal rights regarding his or her stepchild.

Sheiresa Ngo is the multimedia content producer for consumer affairs at Black Enterprise. 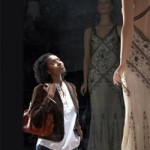