Use Selfies To Catch Your Smartphone Thief 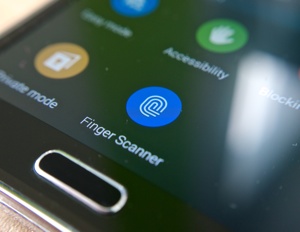 Phones like the Samsung Galaxy S5 have built-in security measures, like fingerprint sensors, to keep would-be thieves out.

If your smartphone is ever stolen, you could have a picture of the thief waiting in your inbox.

According to Recode, mobile security company Lookout is rolling out its Theft Alerts add-on to its consumer products, making it easier to track your stolen phone and get a good look at the culprit.

In a press release, Kevin Mahaffey, co-founder and CTO of Lookout, talks about the growing number of phone thefts. “From the day we started Lookout, we’ve dedicated ourselves to fighting smartphone theft,” Mahaffey says. “Today, the problem has grown so large that nearly 70 percent of phone theft victims never get their phone back. This is not right.”

Lookout, for Android and iOS, is constantly running in the background, monitoring apps and alerts you when malicious software tries to access your phone. You can back up your contacts and photos, lock down your phone, and even wipe your data when it gets stolen.

Apple offers a very similar service through its Find My iPhone app, though it doesn’t take a photo of the perpetrator, or alert you when it gets stolen.

Lookout’s new Theft Alert is an add-on to the company’s premium plan, which costs $3 per month. The Android version is more full-fledged than its iOS counterpart, though. Apple’s devices will not send photos of the criminal to you, thanks to its more closed operating system. It also only alerts you when the device goes into Airplane mode, or when its SIM card is removed.

Of course, if you are the victim of a robbery, reporting it to the police and providing them with your phone’s GPS information should be a priority rather than using it to track down the thief yourself.

Detox Tips for the Busy Professional