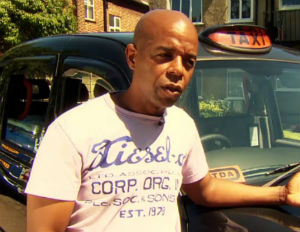 With hotel prices skyrocketing in and around London due to the 2012 Olympics, a taxi driver has decided to offer his backseat as a sleeping option for visitors.

David Weekes has turned the backseat of his cab into a hotel with a bedding mattress, alarm clock and a stuffed animal for those looking to cuddle.

Many taxi drivers have followed in his footsteps as they lose hundreds of dollars in fares due to numerous lanes being closed because of the Olympics.

Weekes is charing those who stay $75 a night. He parks the car in his driveway and allows them to use the bathroom in his home.

Why And How Black Businesses Should Improve Their Customer Service

Conservative 6-Year-Old Gives Reasons Not To Vote For Obama