Living An Authentic Life: Jonathan Grimes Discusses The Importance of Faith in Being a Husband and Beyond - Black Enterprise 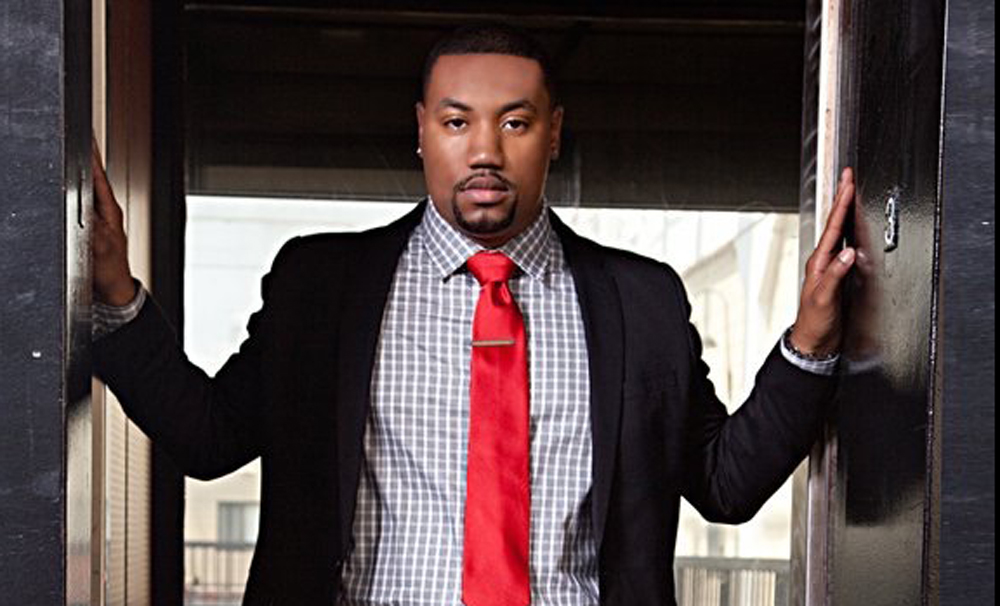 Jonathan Grimes can be described as the type of husband women want to marry, the type of man women are glad their friend married, and the type of friend you’ve always wanted. He’s funny, down-to-earth, a true conversationalist and thought purveyor and led by faith. On any given day, you will find him juggling the many hats he wears daily—which include husband, father of three girls, professional, performer, and dream chaser. But just as quickly as you hold him in high esteem, he denounces the idea of him as the “perfect man” and gives you the real inside scoop on what it takes to balance it all.

When asked how he maintains and balances his career (he was just recently promoted to Sales Program Execution Manager for Retail Real Estate at AT&T), passions, and home life, Grimes says he compartmentalizes his many roles in order to give 100% to each of his responsibilities. He wants to be great at every role and is very clear that grace and faith are necessary to achieve this balance; he doesn’t blame himself if he falls short one day in any given area because he knows he gave his best. Grimes is a man who keeps it real and doesn’t sugarcoat the truth about his journey, his challenges, and his purpose. So exactly what is his journey? He confidently and calmly answers: “To leave a legacy for my children and find my purpose.”

For Grimes, living an authentic life is a top priority. “I want Tamika (his wife) to know the same man as the lady at work,” he says. “That way, you don’t have to remember to be someone different.” He’s been said to have “good ol’ common sense,” with an understanding of how to be a real man—something he says his upbringing taught him. His mother and father have been married for 37 years, and his grandmother and grandfather are preachers. He’s been groomed to know—and more importantly, to apply—the values that sometimes seem foreign in an era where there are overwhelming divorce rates and lower marriage rates.

At the age of 31, Grimes provides sound marriage advice with a healthy marriage of nearly seven years to his best friend under his belt. He attributes the success of his marriage to these three things:

1. Make sure the person you marry is your best friend.

2. Understand how to communicate effectively. Be knowledgeable about how your wife wants to be communicated with. If she’s sensitive, act accordingly. If she’s a Type A personality, speak her language.

3. And lastly, but not least—he repeats this one twice: Never take your wife for granted.

Grimes also emphasizes the simplicity of communicating, loving, and having good character. He insists that these values are not lost and that today’s men and women should not lose hope in finding the “right one” or a Godly mate. In addition to seeming to know a thing or two about how to maintain a healthy relationship, Grimes is also a musician and is currently in a group with his best friend Aaron Griffin called LloydSheppard. He aims to create timeless music that “promotes life, love and the pursuit of happiness.”

Danielle Brooks to Star in Broadway’s The Color Purple