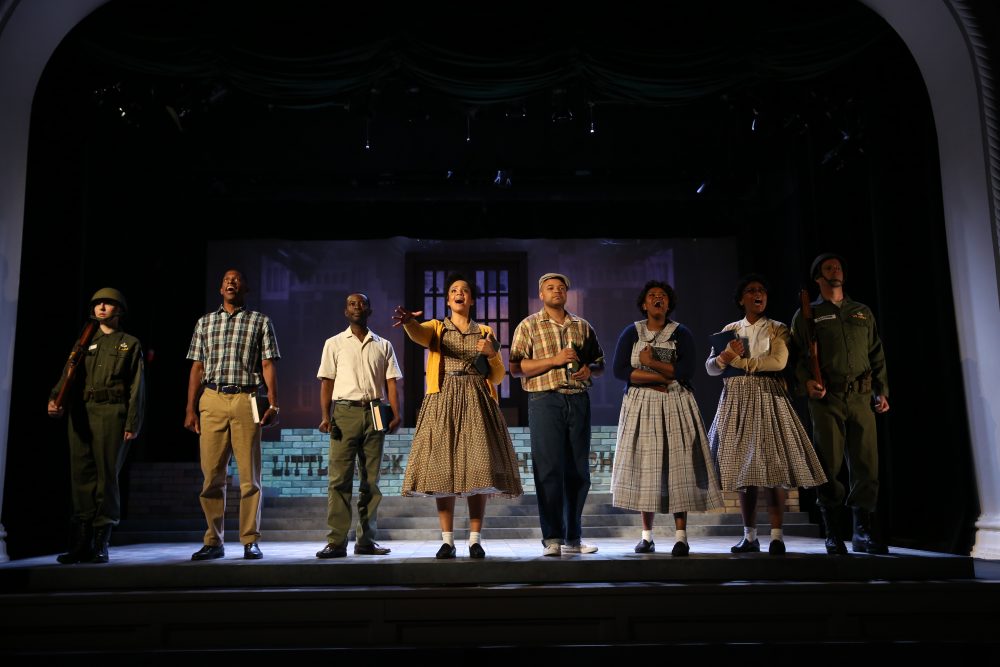 In September 1957, nine African American high school students faced the fury and intimidation from an angry white mob of hundreds as they sought to attend Central High School in Little Rock, Arkansas. These students came to be known as the “Little Rock Nine.” The reaction to the first class to desegregate an institution considered one of the top schools in the South became so raw in its intensity that President Dwight D. Eisenhower was forced to order U.S. Army paratroopers to serve as escorts. In the face of death threats, bullying, and countless acts of humiliation, that determined cadre of pupils would not be denied their right to a quality education.

The world watched their display of courage and resilience against a campaign of massive resistance incited by the state’s chief executive: white supremacist Gov. Orval Faubus. It was clear that Little Rock would be among the first big tests of Brown v. Board of Education, the landmark 1954 Supreme Court decision that declared school segregation unconstitutional.

That seminal moment in civil rights history has been re-created in the spirited performances of an off-Broadway play. Aptly titled Little Rock, this musical drama has been seen throughout the summer at Sheen Center for Thought & Culture in downtown New York. The production, which runs through Sept. 8, is not only a powerful re-enactment for multicultural and multigenerational audiences but it also denotes the entrepreneurial journey of Harvey Butler, global head of Supplier Diversity at Barclays, who invested close to a decade of sweat equity and roughly $2 million over that same period to bring Little Rock to the stage.

At a time of digital storytelling, Butler decided to give audiences “a three-dimensional immersion in which you are not only an observer but living the moment like its 1957.”

SHARING THE INTEGRATION CRISIS TO A NEW GENERATION

“It’s hard to watch what those children went through but it’s equally important to recognize that no community is a monolith. We had folks that were opposed to integration on both sides, black and white,” says Butler.  “At the same time, we wanted to show them as human beings trying to be kids. Some were boy crazy; others loved music or dreamt about being Shakespearean actors. They faced evil forces that sought to keep them from achieving something that would create a paradigm shift in the way in which black people thought about themselves, being able to compete on par with white students to achieve the same end result of matriculating into a college environment and pursuing a professional career. It was important to draw audiences, regardless of race, by creating more empathy to their challenge.”

No one knew the sacrifices made by the Little Rock Nine like Ernest Green, a member of that group Butler and his team consulted to ensure an authentic and accurate portrayal. Green, 76, who went on to become Assistant Labor Secretary during President Carter’s administration and one of BLACK ENTRPRISE’s Most Powerful Blacks on Wall Street during his stints in public finance, maintains that the play offers vital lessons in today’s “Living While Black” era.

“I think the value of telling the story is that the next generations understand that the struggle is still in front of us. They watch the news to find out the president’s quips about figures like LeBron James and others, and it is hard for this generation to understand the resentment about black achievement,” he told BE in an exclusive interview. “I’m part of a generation that wanted to fight to open up these doors so that you have achievers. The reason for the Nine to go to Central due to the fact that it had better facilities, better equipment and a better connection to the future which is what the African American community has always had to fight for.”

As a youngster in the 1950s, the Eagle Scout was inspired to act by the example of his parents as well as figures such as emerging civil rights leader Martin Luther King Jr., groundbreaking baseball legend Jackie Robinson, civil rights attorney Thurgood Marshall, and Daisy Bates, head of the local NAACP branch who guided and advised Green and his classmates through their harrowing ordeal. “The play goes to the heart of the issue … to go against the resistance you have to fight it at all points. I find this generation gets confused sometimes that you have to continue to fight. Simply because we got to the point that we had an African American president; that was unthinkable when I grew up. That was as far as going to the moon, and now we have done both. But that’s not enough regarding the individual achievement and that of us as a group.”

For those reasons, Butler was driven to create—and complete—the production. “It was the perfect project to get involved with. I benefitted from the integration crisis. I was among those who integrated New York Public Schools through busing and at times, being pummeled. It was tough but not anywhere near to the degree of the Little Rock Nine,” asserts the Brooklyn-raised executive, recalling the challenges of meeting his parents’ mandate during the late 1960s and 1970s to attend the best schools in the borough. “Gaining an understanding of my right to a quality education, I knew I had to tell this story.”

WHAT IT TOOK TO PRODUCE LITTLE ROCK

It took well over a decade to prepare Little Rock for off-Broadway. At the same time, Butler’s unyielding dedication and strategic process can serve as a primer for those who seek to develop their own theatrical production.

A corporate veteran who had worked in finance and supplier diversity for JPMorgan Chase, Nabisco Foods Group, and Eastman Kodak, among other firms, he was initially reluctant to become a producer. “Being engaged in the theater was not something that I sought,” he says. In fact, he recalls the event in which he first met Little Rock’s writer and director Rajendra Ramoon Maharaj at a ceremony in which he was accepting an award on behalf of Chase— his employer at the time—for its support of the arts.

At that event, he was struck by the young talent’s brilliant presentation of the reading of the Broadway classic, Damn Yankees, in which the author deftly reset the play in The Negro Leagues. During a conversation after the performance, Butler shared his ideas with him and others on the financing of black-oriented productions through business investors instead of non-profit foundations, which he had had been told was the common practice. He offered that more commercially viable productions may gain the interest of African American executives and entrepreneurs, including CEOs of the BE 100s—the nation’s largest black-owned businesses.

A year later, Maharaj invited Butler to dinner to share his next project—you guessed it, Little Rock. The eager writer-director said he sought to take the production to Broadway and wanted him to serve as its producer. At first, Butler bluntly told Maharaj, “No…that’s not my world.” After much persistence and his growing interest in the medium, Butler eventually agreed to help him get the production off the ground.

Butler drew on his background in financial analysis, product marketing, and enterprise building to bring new business sensibilities to theater production. First, he incorporated his production company, Rebel Theatrical Management L.L.C. Next, he learned as much as he could about the business. As such, he joined the intensive program at the Commercial Theater Institute, which is usually reserved for industry professionals but Butler gained entry by convincing its administrators to allow him to participate, in part, due to the fact that “he wanted to bring more blacks to the theater” and that his relationships with executives and business owners could attract new funding sources for productions. As he gained training from veteran producers, the self-proclaimed “theater nerd” would spend hours immersing himself into the income statements of theatrical productions and learning the lingo. He even conducted a competitive analysis of the box office performance of plays with themes—including Fences and Radio Golf, two dramas by the late Pulitzer Prize-winning playwright August Wilson—that could potentially draw similar audiences to Little Rock. He used all his research to develop a comprehensive business plan for the production. Butler was also an investor in the 2011 production of Stick Fly, which was presented to Broadway by songstress-producer Alicia Keys.

Among his revolutionary approaches was leveraging his corporate contacts to create a series of readings of the play. Beginning in 2012, he convinced corporations such as Chase and Morgan Stanley to pay $40,000 to $50,000 for such performances as part of corporate Black History Month programs and the like. Over the past few years, Butler says that his ensemble has engaged in roughly 15 such productions. “My objective was to create data points and lay the groundwork through proper preparation to attract investors,” Butler says of his detailed process.

Another aspect of the groundwork was perfecting the script and gaining feedback through workshops at Palo Alto, California-based TheatreWorks, which paid for performances presented to Silicon Valley audiences. “It was a great proving ground to develop the piece,” says Harvey, who used some of his own funds for incremental expenses.

Understanding the value of relationships and access, Butler became a member of Princeton, New Jersey-based McCarter Theater Center, which had a reputation for bringing new works to the stage. Through a contact and the strength of the work, the innovative producer was able to successfully get Little Rock placed on the 2014-2015 schedule at Passage Theater in Trenton, New Jersey. Under that arrangement, Butler licensed the book to the theater’s management team which, in turn, placed them “in the driver’s seat” related to control of the production.

It was another step, Butler said, in building momentum for future investment. And it proved to be one of his most valuable moves. In 2015, Little Rock received The Barrymore Award—the highest theatrical honor in the Philadelphia market—for “Outstanding Ensemble Cast”—the production’s single category nomination.

“After that win, we engaged in more readings through 2015 ad 2017. [A representative from] The Sheen Center fell in love with the script,” says Butler, whose company licensed the theater for the most recent summer production.

ONE BE 100s CEO’S CONTRIBUTION TO THE OFF-BROADWAY PRODUCTION

Among Butler’s toughest challenge was raising funds for the production, tapping his array of corporate and business contacts. Although many were “earnest in making verbal commitments,” he maintains that conservative investors became “gun shy” when it eventually came time to pony up dollars.

Butler, however, found major financial support from a leader among the BE 100s: David Steward, CEO of St. Louis-based World Wide Technology Inc. (No. 1 on the Top 100 with revenue of $10.7 billion): “Steward shouldered the underwriting of the show. He knew the importance of the show, having gone through a similar experience [as the Little Rock Nine]. He also followed my journey in getting the play made.”

Now as the play enters its final performances at the Sheen Center, Butler asserts the journey of Little Rock is far from over. His destination remains the same: The Great White Way. “Broadway is on the continuum,” he says. “Before we do that I want the playwright to mature the piece. We will sign other theaters to help us get it ready for Broadway. In fact, we are looking at the West End in London. There could be an appetite there. We will do all of this to attract Broadway investors and come back to New York.”

But one aspect of the off-Broadway performance that will be etched in the memories of both Butler and Green: Assembling and acknowledging the Little Rock Nine during opening night. Says Green, the oldest of the Nine who became the first black graduate of Central High in 1958, “I am very proud to be part of the group and what Harvey Butler and the rest of the staff did with this great production. But most importantly, the play will indicate to young people our role and our struggle.” 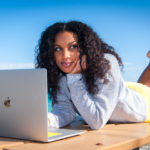 Dear Millennial, Butt Selfies Can Only Take Your Personal Brand So Far 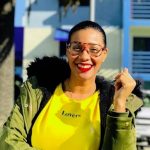