Lisa Price, Angela Yee, MC Lyte and More to be Awarded by WEEN 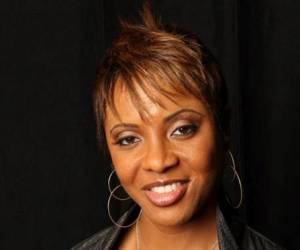 With past honorees like actresses Vivica A. Fox and Nia Long, radio personality Angie Martinez, and broadcaster Soledad O’Brien, the goal of WEEN is to lift up women who aspire to work in the entertainment business, while awarding those who have made great strides. WEEN’s co-founder and chair, Valeisha Butterfield-Jones, remembers the first moment when she felt she simply had no choice but to empower women. “Russell Simmons, Common, Dr. Ben Chavis, and Kevin Liles were guests on Oprah in 2006. There was an audience of women and from satellite they brought in women from Spelman talking about the misogyny in the entertainment biz and the Nelly “Tip Drillâ€ video,â€ she says. “I felt like I had this huge responsibility to do something. I didn’t know what ‘do something’ meant. But I knew I was too close and too involved to be silent.â€

Butterfield-Jones set out to make a difference. Inviting 40 women of power to a rooftop in New York to discuss issues pertaining to women in the business, the turnout more than doubled expectations: 121 women showed up to support, collaborate, and speak up. The success continued. “At the first major WEEN event at the Hammerstein Ballroom, I was super nervous. And when I arrived I saw a line of girls, thousands down 34th Street. And it was another aha moment,â€ says Butterfield, who served in the Obama administration from 2009 to 2011 as deputy director of public affairs for International Trade. “Cause this wasn’t just something we thought could work and thought was needed. The evidence was here. Young women were crying for support and mentorship.”

Today, the WEEN Academy boasts a competition offering 30 young women, 18-22, spots to attend and become protoges blessed with the opportunity to be motivated by women in the business focused on inspiring future power women in entertainment. Proceeds from Wednesday’s WEEN Awards will benefit the Academy’s scholarship program and a six-week entertainment industry boot camp that’s already produced success in a number of its attendees. “The program has wielded young women who are doing it in all areas of the entertainment biz, from record labels, to magazines, TV reporters, journalists,â€ says Butterfield-Jones, who stresses that WEEN membership Â  is free. “And all have given the WEEN Academy a lot of credit for being the foundation and the placement for a lot of those jobs.â€

With an eye toward expanding to smaller markets, Butterfield-Jones may have started WEEN in 2006, but her ideas for the organization go back to her childhood dreams. “As a small-town girl who grew up in Wilson, North Carolina, I was the little girl with big dreams to work in the entertainment biz. And I know girls like me are still out there who don’t have access to programs like ours,â€ she says. “My goal would be to expand to smaller markets and reach a national or global platform through TV or radio or online through social media. Just strengthening what we have and growing the WEEN Academy bigger and making it more inclusive. We want to continue to shine and expand and grow.â€