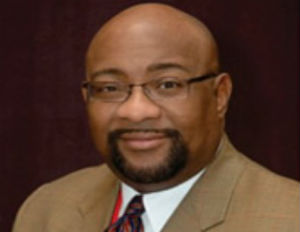 Lincoln University President Robert Jennings has announced his resignation from the university following the backlash he received for his inappropriate remarks at an all-women convocation in September.

Earlier this month, the university’s board of trustees ordered an internal review of comments Mr. Jennings made at Lincoln’s Annual All Woman’s Convocation, where he suggested that female students are to blame for campus sexual assault and rape cases.

“We have, we had, on this campus last semester three cases of young women who after having done whatever they did with young men and then it didn’t turn out the way they wanted it to turn out, guess what they did,” Mr. Jennings said at the school’s event. “They went to Public Safety and said, ‘He rape me.'”

Once a clip of Mr. Jennings speech went live, the HBCU president was accused of sending the message that women are to blame for their own rape.

Educator Valerie Harrison has been named acting president of the university while officials search for a permanent successor. Harrison has experience in higher education that spans more than 15 years, including vice president for legal affairs and general counsel at Arcadia University, a master’s degree from Temple University and a law degree from Villanova University.

Tyler Perry On How To Find Success After Failure

Updates to Flexible Spending Accounts for 2015