Lincoln Stephens Marks A Milestone For The Marcus Graham Project 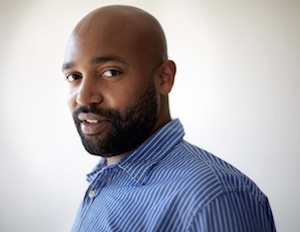 Five years ago, Lincoln Stephens joined with like-minded colleagues in a bold campaign to change the face of the advertising industry. The result:Â  The Marcus Graham Project (MGP), a nonprofit and national network aiming to identify, expose, mentor and train young, ethnically diverse leaders in all aspects of the advertising and media industry. Stephens, a co-founder and executive director of MGP (named for the suave advertising executive played by leading man Eddie Murphy the classic film Boomerang) will have a lot to celebrate at their first annual fundraising gala, Lavender Hill, set to take place on August 11th in Dallas, Texas. And after marking the five-year milestone of MGP, Stephens and many of his colleagues will keep the celebration going at the Black Enterprise Pepsi Golf & Tennis Challenge over Labor Day Weekend in Miami.

After raising close to half a million dollars in funds and receiving countless in-kind donations from some of the most prominent media companies in the world, Stephens is ready to reflect, renew and reinvent. With heavy travel plans for the rest of the year, as part of efforts to build momentum for MGP’s next phase, the “man of leisureâ€ and his team are excited to attend GT2012 for the best of both worlds: a breath of fresh air and opportunity to build connections.

Black Enterprise spoke with Lincoln about celebrating this milestone and where he sees the MGP going in the next five years.

BE: How did the Marcus Graham Project begin?

When thinking back to why we started our organization, I am reminded of the sentiment of “not being the only one.” There are very few of us, African Americans, in this industry. People of color in general represent 14.9% of the advertising industry, according to the U.S. Bureau of Labor Statistics, and African Americans make up less than 6%. Our organization wants to do our part to bring a solution to the lack of diversity in media–including advertising, marketing–in front of the camera as well in entertainment and news outlets.

My business partner [Larry Yarrell] and I, being in our very early thirties, joke that we are the older millennials and feel a responsibility to lead our generation. If we do not teach our generation, then who will? There are things that people have said and that we need to look at regarding how our generation behaves and we realize we need to mentor, teach and train. We are so close to it we have to. We can’t ask our mentors, and I have plenty, to teach us and we not reach back and do the same.

BE: What is the significance of the Marcus Graham Project’s 5th Anniversary milestone celebration — Lavender Hill?

Any nonprofit that started in the type of economy ours did, that has been able to do some of the things that we have been privileged enough to do, must be thankful. I want us to step back and think about how far we were able to come and plan for what we want to do once we really have the resources to make our full vision come to fruition.

Another thing that is more fun, but is just as significant as to why we are celebrating our 5th year is because Boomerang, the movie which inspired the name of our organization, is celebrating its 20th year. The inspiration for the title “Lavender Hillâ€ is from the movie. One of our board members who was in the film [Jonathan P. Hicks], played the butler that welcomed Eddie Murphy to Lavender Hill [the home of the character Lady Eloise, played by actor and singer Eartha Kitt].

Pres. Obama To Include Republicans At Democratic National Convention