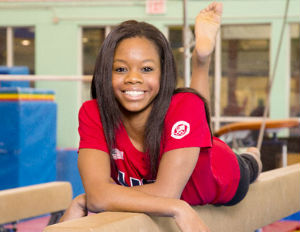 The Olympic gold medalist has received plenty of attention since her return from the 2012 Olympics in London. As the first African American gymnast to receive the individual all around gold medal, Douglas became a hero to the black community and very popular with the press.

She has written two books and appeared on several late night talk shows, once with the First Lady.

Lifetime has decided to create a movie based on Douglas’ career. Reportedly, casting for the film will include Regina King andÂ S. Epatha Merkeson as her mother and grandmother. The role of Gabby will be played byÂ Imani Hakim and Sydney Mikayla.

How To Keep Your Kids Safe Online