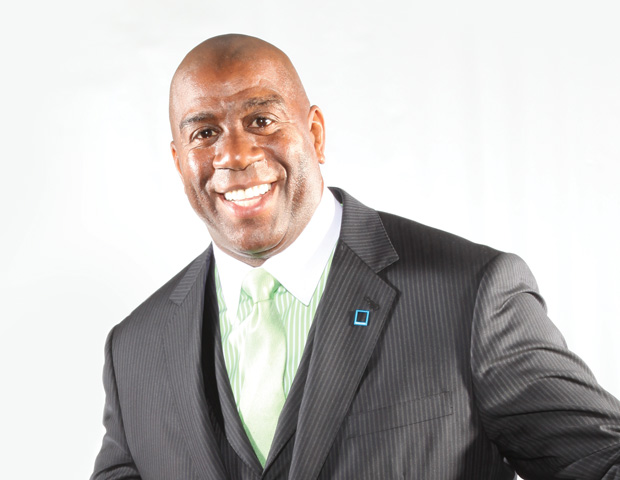 Donald Sterling, the embattled owner of the LA Clippers, sat down for an interview with CNN’s Anderson Cooper to attempt to do damage control after a recording of racist rants by him were leaked to the media two weeks ago. In the interview with CNN, Sterling went back and forth, sporadic at times, denying that he is a racist. But the most egregious part of the interview came when Sterling blasted NBA Hall of Famer and businessman, Earvin “Magicâ€ Johnson.

“What has he done? Can you tell me? Big Magic Johnson, what has he done? He’s got AIDS,â€Â Sterling told CNN. “Did he do any business? Did he help anybody in South LA?â€

“He made love with every girl in every city in America, and he had AIDS,â€ said Sterling. CNN’s Cooper corrected Sterling, explaining that Johnson was HIV-positive but did not have “full-blown AIDS.”

Sterling went on to say that Johnson is not a good example for children because he is HIV positive.

“Donald Sterling’s remarks toward Magic Johnson have insulted and hurt so many, not only in the Black community, but all people of sound mind and goodwill,â€ says Sharon Lettman-Hicks, NBJC’s executive director and CEO. “He is clearly unaware of the vast philanthropic efforts that Magic Johnson has directly provided to Black America and his characterization of him being a bad role model for our children because of his HIV status is simply ill-informed and dangerous.â€

Power Women of the Diaspora: Celebrity Stylist Talks How She Expanded Brand Globally