Lessons From Kanye West About What NOT To Do In Business 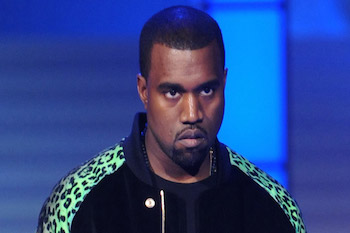 After praising Donald Trump, telling black people to “stop focusing on racism,” trashing Jay-Z and BeyoncÃ©, and losing millions of dollars by cancelingÂ 22 shows on his Saint Pablo tour this past weekend, it was clear that Kanye West was on the verge of a mental meltdown.

Sure enough, it has been reported that the Grammy Award-winning rapper was sent to a hospital for a psychiatric evaluation Monday afternoon. At this point, we can only hope and pray that Kanye gets the rest and care he needs for his own mental health and wellness.

In the interim, there are a few lessons that we can all learn from the self-described “genius.”

Kanye owes much of his success to his mentor and former close friend, Jay-Z, who helped mold him into one of the biggest stars in hip-hop. Yeezy once described Jay-Z as a brother, however, their relationship has turned sour, and the Chicago rapper has publicly blasted Jay on multiple occasions.

Last month, during a concert, Kanye lamented that the hip-hop mogul did not show him enough support after his wife, Kim Kardashian-West, was robbed at gunpoint. He also begged the “Hard Knock Life” rapper to call him, while in a concert on Sunday.

Calling outÂ a close friend, ally, or business partner like this, so publicly, is not the best way to make amends or foster a healthy relationship. Not only are you letting the world know about your rocky relationship, you’re also making your partner look bad while betraying their trust to keep private matters private.

Instead of attacking someone in public, the professional thing to do is to have a one-on-one conversation. But, if you can’t reach them by phone or set up an in-person meeting, then send them a heartfelt email expressing your feelings. If they still don’t respond, give them space and move on. Blasting them in public will only make matters worse.

Don’t Mess With the BeyHive

Along with putting Jay-Z on blast, Kanye has also criticized Jay-Z’s superstar wife BeyoncÃ©, which is career suicide. We all know how powerful the BeyHive is–with just one attack, they can critically damage your reputation and your self-esteem. Yeezy is asking for bad news and publicity by attacking Queen Bey.

The lesson here is, no matter how upset you may be at someone, think about the power and influence they have in your industry, place, or work or community before lambasting them in the heat of the moment. Â Also, think about the bridge you may burn, and how this person may affect your career down the line.

It’s not uncommon for artists to cancel their concerts. Back in 2013, Lady Gaga canceled the final 22 dates of her Born This Way Ball Tour. However, unlike Kanye, she was forced to cut her tour short for medical reasons and was therefore covered by insurance. Ye, on the other hand, has yet to declare a reason for canceling over two-dozen shows, which means he may have to miss out on $10 million in lost earnings.

This shows us that it’s always better to take advantage of buying insurance when applicable, whether it’s on a plane ticket, new property, or health care. Even though insurance requires that you pay more money upfront, it beats paying double or triple that amount if you have a setback later on.

Earlier in his career, Kanye established himself as a socially conscious artist with a reputation of producing addressing serious issues like racism, war, and terrorism. He also declared that he was going to run for president in 2020 during the 2015 Video Music Awards. However, his aspirations for the White House may have taken a sharp turn, now that he has declared his support for Donald Trump, the reality-star-turned-politician that has been accused of being both racist and sexist.

Kanye has also taken heat for telling black people to stop worrying about racism, despite the fact that he has frequentlyÂ complained about how racism has blocked his advancement in the fashion industry.

The lesson here is, before you speak in public, make sure you are staying true to your brand and image. If not, you’ll come across as a hypocrite and tone deaf.

TMZ reported on Wednesday that West’s tour was covered by an insurance policy that protects him from paying lost earnings in the event of a medical emergency or illness. As a result, the “Famous” singer may not have to suffer the loss of millions after all.

Selena Hill is the Associate Digital Editor at Black Enterprise and the founder of Let Your Voice Be Heard! Radio. You can hear her and her team talk Millennial politics and social issues every Sunday at 11 a.m. ET.

Don’t Let Black Friday Put You in the Red