In Under 6 Months Millennial Created App While Working Full Time 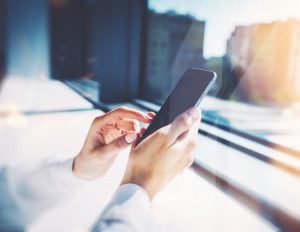 You know it’s time to download a social appÂ when you’re ready to go out, but your friends can’t join you.

Chicago-based millennial, Kimberly Jackson, has solved many social outing dilemmasÂ with the creation of her first app: Stand-in! An insurance professional by day and newly minted tech innovator by night, Jackson took her brilliant ideas to the phone screen to bring back the socialÂ interactions that allowed humans to thrive before the advancement of technology kept us glued to our phones.

So, how does Stand-in keep us connected to the real world? Stand-in expands your social circleÂ while filling your calendar with fun things to do. In one app, you’ll find events to go to AND someone to join you!

BlackEnterprise.com caught up with Jackson to learn more about Stand-in and what it takes to build an appÂ while working full time.

Black Enterprise: How did you come up with the idea for the app?

Jackson: I’ve experienced quite a few missed connections with my friends, a lot of whom have schedules that vary or they travel for work often. This situation caused me to attempt to meet new people when I wanted to do something. I realized that, if we, as a society, want to meet someone new, the only real options available to us are dating or networking apps; as if every new human interaction has been boiled down to either a romantic one or a business deal. There wasn’t anything available for meeting a new friend to go out with. So, in true millennial fashion, I created an app for that.

BE: How does the app work?

Jackson:Â It’s simple. Users create a request for someone to join them for an event or activity when their friends can’t. Chances are, someone else wants to go to that comedy club, festival, restaurant, concert, bowling alley, museum, play, or eventÂ you read about on social media, too! Other users opt-in to join the person at the event or activity that catches their attention. If both parties confirm…voila! Instant BFFs…. or at least, cool acquaintances excited about the same activity and happy to join each other in a pinch.

Stand-in also has a log in for business accounts. If a venue has unsold tickets or if a business wants to attract new customers, they can create a request for up to 50 Stand-ins. It is a perfect opportunity to offer a discount to people looking for something to do and someone to do it with.

BE: What was your step-by-step process?

Jackson:Â My process began with “looking into it.â€ I didn’t have firm intentions of proceeding. It all started with curiosity.

I’ve also learned that, for me, the process was not linear. Somewhere in all of that, I had to establish an L.L.C. I also had to apply for a trademark for my logo, plus set up social media pages for Stand-in, and contact press about the upcoming release. Somehow, it just all gets worked into the process.

BE: The process seems very time-consuming. How do you create an app in less than 6 months while working full time?

Jackson:Â I had to be very intentional about my time. Eight hours a day was already dedicated to my day career. This meant I had to have a plan on exactly what I needed to accomplish for Stand-in when I was off the clock.

It’s about making smart decisions. Yes, “everythingâ€ needs to get done, but I had to decide what needed to get done “nowâ€ and what could wait, especially when managing seven developers and a group of beta testers.

And never to be forgotten are my family and friends. My time with them and their support kept me balanced and energized to see development through to the end.

BE: What personal financial decisions did you have to make toÂ finance the app?

Jackson:Â IÂ reworked my budget to allow more of my paycheck from my day job to go toward Stand-in, used myÂ savings, tapped into myÂ 401(k), and supplemented the rest by earning money through the sharing economy.

BE: What advice do you have for others who would like to turn their vision into a reality?

Download the Stand-in app on your iPhone or Android. Visit www.getastandin.com for more information.Â

On the Record with John King, President Obamaâ€™s Education Secretary