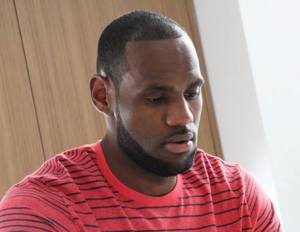 According to Fox Sports, the trailer for LeBron James’ television series aired last night before the Miami Heat lost to the San Antonio Spurs. Earlier this year, Starz ordered six episodes of the sitcom, “Survivor’s Remorse,” based loosely on his life and set in the world of professional basketball.

“The story follows Cam Calloway, a basketball phenom in his early 20s who is thrust into prominence after signing a multimillion-dollar contract with a pro team in Atlanta,â€ according to the Associated Press. The series is being shot in Atlanta.