What We Learned After Taking Our Online Store Offline 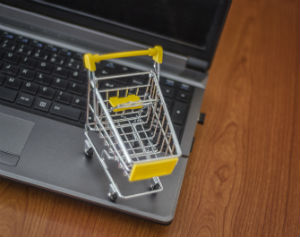 Andy Dunn, co-founder of men’s clothing brand Bonobos, deserves a lot of credit for making a bold statement seven years ago when he identified theÂ opportunity for an online-only, direct-to-consumer clothing brand that would disrupt the traditional brick-and-mortar model. It spawned a whole category of startups that followed the “Bonobos for X“Â model: for dress shoes, underwear, shorts, etc. And hundreds of millions in venture capital followed suit, with $127 million going to Bonobos alone.

But within the space of two years, an experiment to sell pants out of their offices has turned into a commitment to open 100 stores around the country, and they’re already at 17. A bevy of digital-first, e-commerce brands moving offline and building their own stores have followed: Rent the Runway, the women’s rental dress company is planning on opening a store later this year, with four or five more to follow. BaubleBar, the women’s jewelry company, is committing to stores in the tri-state area.

At Blank Label, we’veÂ opened stores in Boston and Washington D.C.,Â with plans to open 10 more in the next two years. Our original plan was to stay online-only, but in late 2012, we got invited to do a few trunk shows in Boston and New York.Â The No. 1Â question we received was: “I’m really interested, where is your store?â€ We’d say our store was online, and at that point we lost them. Since opening our first store in Boston, we’ve seenÂ a much higher basket size selling in person; in fact, our store’s average order value is more than double our website’s.

Here are the threeÂ characteristics which, based on our experience, we believe will impact the future of how stores are built. If you sell your products online and are thinking of opening your own store, these tips will help you get set up without breaking the bank.Â

Most traditional stores have a million dollars of inventory in the backroom of each of their stores, and takes a whole backroom team to manage and track. The new model is to have inventory consolidated in one or a couple of warehouses around the country, and ship them directly to the customer. Even though this means the customer can’t walk out of the store with their new items, it saves potentially millions in financing for store inventory.

How to Know When to Sell Your Online Business

5 SEO Tips from an Expert