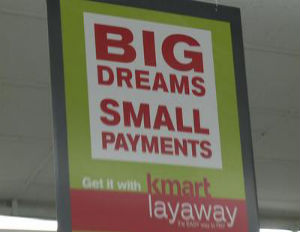 The number of “layaway angels” – good samaritans who pay layaway balances at big box store stores during the holiday season, usually anonymously – has grown to such proportions that it’s become a bonafide national phenomenon, according to USA Today.

The trend began last year. Most donors ask the store to find accounts that include toys and other items for children. They aren’t told recipients’ names.

This season, Toys R Us said about 600 layaway orders at its stores have been paid off by layaway angels. On Wednesday, a donor paid off 32 layaway accounts that totaled $2,700 at a Clovis, Calif., Kmart, manager Michael Lee said. In all, about $9,300 has been donated anonymously at that particular store this season. He said: “The givers are just happy to make somebody’s Christmas great.”