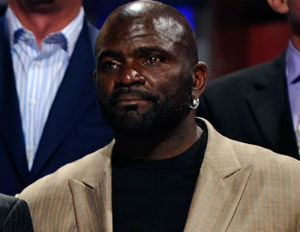 The NY Post reports that Taylor says that the sex with the minor was consensual. HeÂ pleaded guilty to two misdemeanors – sexual misconduct and patronizing a prostitute. He was sentenced to six years probation and his name will be added to the national sex-offenders registry.

Fierro, who is now 19 and married, is suing Taylor for an unspecified amount.