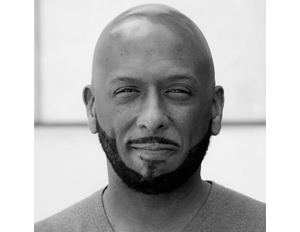 Lawrence Griffith’s work is considered the technology “Holy Grailâ€ of marketing, as designated by Unilever, a major consumer goods company.

Griffith is the founder and CEO of Digital Factory Inc. The company was one of the first in the U.S. to incorporate mobile marketing with NFC (Near Field Communication) technology in partnership with Nokia. He developed the country’s mobile scannable coupon for grocery markets and convenience stores.

The technology, called micro-fencing, allows brands to take advantage of geolocation mobile technology to market to their customers.

With this technology, these brands can interact with customers in real-time, wherever that customer may be located. A micro-fence can pinpoint shoppers down to a street corner. When a shopper walks into a micro-fence they trigger notifications that are timely, relevant, and meaningful.

The company’ offers its micro-fencing technology as a proprietary software library that can be easily embedded into any client’s iOS or Android app code.

Clients are also provided a Campaign Portal that allows them to create, monitor, test, and edit micro-fence campaigns.

Griffith has a bachelor’s from Xavier University and an M.B.A. from Loyola University. He has more than 15 years’ experience in the digital marketing industry and has led initiatives for notable companies including Procter & Gamble, Hasbro, Lipton, and Dove.

Griffith’s experience with this technology was honed with his initial startup venture, Samplesaint, a mobile media firm, which provided consumer packaged goods companies, retailers, and ad agencies with a mobile and Internet platform for delivering multimedia messages and coupon offers to consumers.

Under Griffith’s direction, Samplesaint launched a geolocation mobile app for Select Brand’s Mumbo Sauce, a 63-year-old barbecue sauce sold throughout the country. Those who opted in to the custom-built app were able to receive recipes, coupons, and video about Mumbo Sauce as soon as they entered a defined trigger point–such as the vicinity around and within parks, beaches, and grocery stores.

On April 13th, Griffith will be a panelist at the event #ImBlackInTech, The Founder’s Series Vol. 4. The organization hosts a series of business amplification events that accelerate growth for entrepreneurs and professionals of color in technology.

Despite successes, getting his startups off the ground was not effortless. “Because we didn’t get $150 million [in venture capital] like Groupon or Foursquare, we had to make sure we won on innovation. Not having a lot of working capital forces you to put all your efforts into having better technology,â€ Griffith told BlackEnterprise in 2013.

“As an African American in technology I recognize the importance of illuminating our contribution to the overall innovation ecosystem in the interest ofÂ  creating a bridge with those who are my peers and future entrepreneurs,â€ he said in a recent statement.

Why Trump’s Own Kids Won’t Be Voting For Him