Due to falsely classifying people as gang members to try to boost the department’s statistics, three police officers have been suspended. After a San Fernando Valley mother received a written letter informing her that her son had been identified as a gang member, she believed her son was misidentified and reported the error to a supervisor at a nearby police station.

The supervisor immediately reviewed the circumstances, including body-worn video and other information, and found inaccuracies in the documentation completed by an officer.

The mother was notified that her son wouldn’t be identified as a gang member and any such references to the mistake were removed after the supervisor immediately reviewed the circumstances. Based on inaccuracies in the documentation submitted by the officer, the Department initiated a personnel investigation into the actions of the three officers involved in the arrest.

“Public trust is the foundation of community policing, and the LAPD has zero-tolerance for any employee that would violate that trust,” read a press release from the department.

“An officer’s integrity must be absolute. There is no place in the Department for any individual who would purposely falsify information on a Department report,” Chief of Police Michel Moore said in a statement. The Department is working with the Justice System Integrity Division of the L.A. County District Attorney’s office on any potential criminal charges that may arise from any misconduct.

Because of the serious nature of the alleged misconduct committed by the police officers, they have all been assigned to inactive duty or removed from the field completely.

The Los Angeles Police Department’s Internal Affairs investigation of this situation will continue and the chief of police directed the Office of Constitutional Policing and Policies to further inspect the work product of all Metropolitan Division crime suppression activities to ensure that the accuracy of all documentation is true. If any discrepancies are found they will be forwarded to the Internal Affairs Division for further investigation. 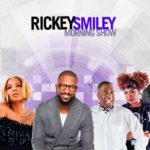 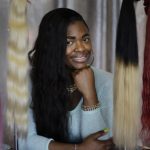 Black Business Owners With 750+ Credit Scores Are Rejected For Loans