Carmelo and LaLa Anthony: Can Celebrities Keep Their Privacy? [Op-Ed] 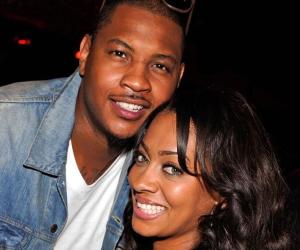 I’ve heard it many times, if a celebrity chooses to enter into a public life, they have forfeited their right to privacy. My question is, who instituted that rule? Why can’t people in the public eye still have their privacy? Why must “we,” the media, feel like we have to report every salacious detail about something that if the shoe were on the other foot, we wouldn’t want as public knowledge?

I can tell you for a fact that there are a lot of writers, journalists, bloggers who are and have done things that they would never want anyone to know, yet, they are the first ones to report any personal information that no one would want reported; but they do so with celebrities. Now, is that fair?

It seems that there is no moral code when it comes to journalism. Yes, this has been going on for years and in the age of reality TV, most of these, well, I won’t call them celebrities, but with some of these people, they are willing to display and disclose their personal dirty laundry. But, that’s ok, because they are the ones inflicting their own damage, even if it’s the “producers” fault for “misleading” them.

I always hear, that’s what draws traffic, this is what brings viewers, this is what the audience wants. My take on that theory? The audience will take in what is given. Yes, they will tune in or check out a site to find stories like that, but, if we aren’t putting it out there for them to see, then they wouldn’t look for it.

You can use the above paragraph to say the same thing about music, television, news, gossip, even food!

Will this stop? Of course not, it’s a traffic driver and it’s understandable. But, I will say this, for the people who wouldn’t want their dirt out in the streets, tread lightly when reporting as the shoe can always be on the other foot.