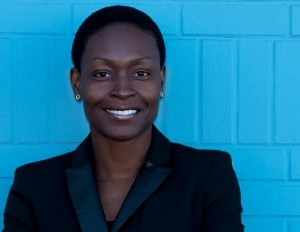 Everyone wants the formula for innovation. Whether you believe it’s learned or innate, BlackEnterprise.com’s Innovator of the Week series gives you a glimpse into the lives of founders/co-founders, business execs, entrepreneurs and artists revolutionizing their respective industries through technology and social media.

Entrepreneurial tech hubs are emerging across the country. The opportunities once reserved for entrepreneurs in Silicon Valley and Silicon Alley have now expanded beyond those borders, reaching Midwestern hotbeds like Detroit and Chicago, and even northeastern locales such as Newark and Washington, D.C. But the commercial capital of the southeastern U.S., Atlanta, has all the makings of a robust tech ecosystem.

With the nation’s busiest airport, a high concentration of colleges and universities, and Fortune 500 companies like Coca-Cola, Home Depot and UPS headquartered in Atlanta, among other things, the city’s emerging tech scene is slowly inching up on the highly-coveted “topâ€ lists.

After visiting Atlanta during Digital Undivided‘s START weekend earlier this year and exploring the scene, self-described mobile evangelist Sian Morson decided she wanted in. “I had some friends here who were telling me what was going on in the scene and so I made a couple of visits,â€ says Morson, who, at the time, also began floating her co-working space idea around. Before she knew it, the Oakland resident packed up her belongings and moved to Atlanta, opening Kollective South in the Castleberry Hill area in October. Located near Atlanta’s Central Business District, KSouth is the newest co-working community in town and already generating quite a buzz within the local tech community. Â “I just wanted to give back in my own way and so KSouth is my way to do that,â€ says Morson.

BlackEnterprise.com caught up with the Kollective Mobile founder to discuss the inspiration behind Kollective South, bringing tech innovation to urban areas and what’s next for the mobile maven.

Opening doors at co-working space: It was a very short journey, Morson recalls. “From idea to actually opening the doors was probably about three months,â€ she says.