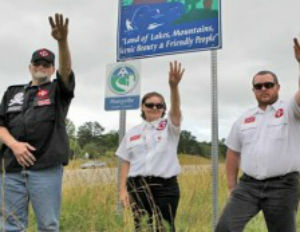 The American Civil Liberties Union filed a lawsuit in Georgia on behalf of the Ku Klux Klan, demanding that the state reverses its application denial for the organization to join the state’s highway cleanup program.

In the suit, the ACLU argues that the KKK, despite its controversial history, is protected under the Constitution and should not be denied a permit. The permit would allow the organization to have a sign alongside the road, which is a worry for the state of Georgia.

A spokesperson for the state’s attorney general raised concerns with issuing the KKK a permit, citing the potential negative impact it could have on the state’s quality of life and economic development.

The lawsuit asks the court to force the state to issue an Adopt-a-Highway permit to the KKK; issue a permanent injunction preventing the state from denying the KKK a permit; and declare that the state wrongfully denied the group’s application and violated due process.

“The fundamental right to free speech is not limited to only those we agree with or groups that are inoffensive. The government cannot pick or choose who is protected by the Constitution,â€ said Debbie Seagraves, executive director of the ACLU Foundation of Georgia. “There will always be speech and groups conveying hateful messages that are distasteful to some. That is why the First Amendment protects free speech for all.â€