Kim Kardashian's Makeup Company Sued for Use of Name 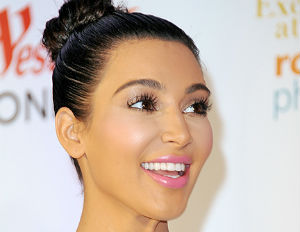 Two makeup companies are engaged in a legal battle to stop the Kardashian sisters from selling makeup under a similar name, CNN reports.

KhrÅma means “color” in Greek.Â Both small businesses, one based in Florida, another in California, are fighting to stop the Kardashians from using the name.

“It kills any possibility of ever going into a department store,” said Michael Rey III co-owner of Chroma Makeup Studio in Beverly Hills. “The global reach of the Kardashians and their ability to flood the market took the name. Our Chroma is lost. Anytime a client mentions Chroma, they’ll say, ‘Kardashian Khroma?'”

Barry Bonds’ Beverly Hills Mansion on the Market for $25 Million