Kids Are Going to School Too Young, Studies Show 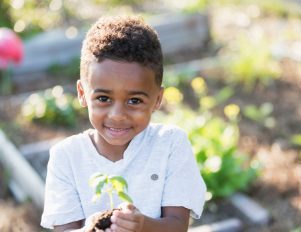 When my daughter was little, we read Laura Ingalls Wilder’s Little House on the Prairie book series together. As I remember it, in Farmer Boy,Â Almanzo Wilder, who would grow up to become Laura’s husband, started school at the age of 8.

I remember thinking, Wow, that’s late. But perhaps 19th-century America was onto something.

5 May Be Too Young

According to a study out of Stanford University, today’s kids are going to school too young, the website Quartz reports. Delaying school by just one year virtually eliminates the incidence of attention deficit hyperactivity disorder, or ADHD, in the average 11-year-old.

In other words, the benefits of delaying school don’t diminish over time–they increase.

The study was done with researchers in Denmark, where children have access to high-quality preschool, unlike in the U.S., where they don’t.

But the results still prompt the question: If starting school later leads to greater self-control and focus, does starting school early contribute to children developing symptoms of ADHD, such as inattention and hyperactivity?

Holding Kids Back to Give Them a Leg Up

In the U.S., most kids start school at age 5, but some parents deliberately delay their child’s first day of school by a year. When my son was young, some people in education circles called it “the gift of time.â€

That gift is typically given to boys–sometimes to give them an advantage in sports–who generally develop more slowly than girls. It’s also typically exercised by wealthier parents who want to give their kids a developmental advantage.

According to the study, cited on Quartz, about 20% of U.S. kindergartners are 6 instead of 5.

Should you decide to delay your child’s first day of school by a year, for whatever reason, it’s important to consider how he or she will spend that year. It may be counterintuitive, but experts say you don’t want your kids in a school-like setting. Play, it turns out, is how kids learn best. Play also helps to develop their social-emotional skills, which support learning, language development, and relationship skills.

For more about children going to school too young, visit Quartz.