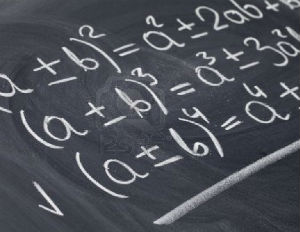 Just one out of every five middle-school students in seven states – California, Florida, Massachusetts, Minnesota, Pennsylvania, Virginia, and Washington State – was provided Algebra 1 courses during the 2009-2010 school year. The woefulness of that statistic becomes even more so when you realize that these states have been the most-aggressive in pursuing the goal of providing all middle-school students with this important building block for success later at the traditional colleges, technical schools, and apprenticeship programs that make up higher education.

But asÂ Dropout Nation dug deeper into the data culled from the U.S. Department of Education’s civil rights database, it is especially clear that children from poor and minority backgrounds are being deprived of the college-preparatory curricula they need for future success.

A mere 13 percent of American Indian and Alaska Native students in these seven states took Algebra 1 in 2009-2010, the lowest percentage among all racial and ethnic groups. Just three states —California, Florida, and Virginia – have 15 percent or more of Native students learning about introductory algebra. Black and Latino middle school students are also less likely to gain access to Algebra 1. On average, just 16.8 percent of Latino middle-schoolers and 17.2 percent of black peers took Algebra 1 in 2009-2010. This is versus 28.5 percent of Asian students and 22.3 percent of white children in the middle grades in each state.

Black Blogger Month: The Jasmine Brand, An Objective Side to Pop Culture