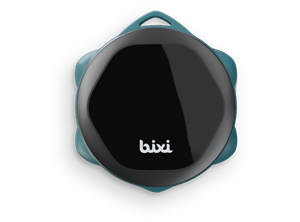 Bixi, a smart home hub that allows you to control other smart, connected devices with gestures, raised $25,000 in one hour from its Kickstarter campaign. The startup is currently at over $43K with 38 days left for the campaign.

If Bixi could raise that amount of capital in such a short amount of time, what are you, as a tech startup seeking funding, doing wrong? Here are few things Bixi did right:

It’s a product that fulfills a need.

Who wants to tap on an app or some device’s touchscreen after cleaning house, changing a diaper, kneading bread, or any other messy, common task? Nobody.

Instead of trying to introduce a new product that requires a hard-sell from its founders to convince the public of that product’s need, the Bixi team studied the market and created a device that provides a concrete solution.

With Bixi, users have hands-free control over a smart home or office. You can control a PC, smartphone, tablet, speakers, thermostats, GoPro, and other Internet of Things devices.

“Until now, interaction with devices while you’re active or your hands are busy has been very difficult. This is something I’ve even experienced myself as I listen to music or podcast as I bike to work, struggling to maneuver my phone and bicycle at the same time,â€ said Bixi CEO Vijay Narayanan in a press release.

“We’ve created Bixi to remove the disruption of having to physically interact with a touch screen, removing the need to touch or even be in front of your device.â€

The founders take advantage of events.

Bixi debuted at the CES show in Las Vegas this year. It’s important as a tech company founder to take advantage of any opportunity to demo your product, even at a trade show not as big as CES.

They have a demo ready to go.

I was pitched by Bixi’s PR representative. After introducing himself and providing background on the company, I was asked if I want a demo unit to review. Too many tech startups that rely on crowdsourcing tend to overpromise and underdeliver. Don’t approach tech journalists and reviewers until you have at least a relatively bug-free beta app or prototype that you are proud to show.