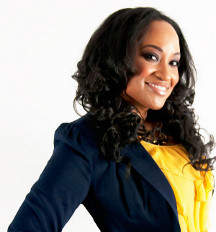 Bank of America has released key findings from its semi-annual Small Business Owner Report, the bank sponsored study that “uncovers the concerns, aspirations and perspectives of small business owners across the country.”

One key segment of the study took a look at the rise in growth of women-owned businesses across the country. It opened a window into how female small business owners deal with the day-to-day demands of running a business. It also compared attitudes of male and female entrepreneurs.

The big takeaway? Women are winning. Not only are they more optimistic about the future of their businesses, but according to the survey, they’ve managed to maintain optimism while being “more concerned about broader economic issues including health care costs, interest rates and the strength of the U.S. dollar.”

And there’s a whole lot more.

Another key finding, “Despite being optimistic about the future of their businesses, women are less likely than men to count ‘confidence’ as a key character trait. 58% of women counted their ability to multitask as their strongest attribute, only 40% of men rated multitasking as particularly high.”