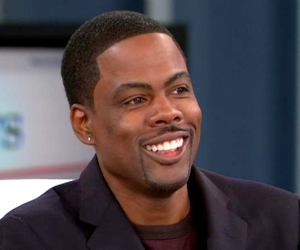 It looks like a star-filled movie awaits us as the latest Chris Rock-helmed film will feature some prominent comedians.

EURWeb is reporting that fellow comedians, Kevin Hart, J.B. Smoove and Sherri Shepherd will star in Chris Rock’s next project, ‘Finally Famous.’ The plot for the film is a comedian-turned-movie-star named Andre, played by Chris Rock, who is looking to be viewed as a serious actor now.

Rosario Dawson and Gabrielle Union are also slated to appear in the movie as well.

‘Finally Famous’ is written and directed by Chris Rock, and this marks the third film he is directing. The other 2 movies were ‘Head of State’ and ‘I Think I Love My Wife.’

Why We Must Fight For Our Right To Vote