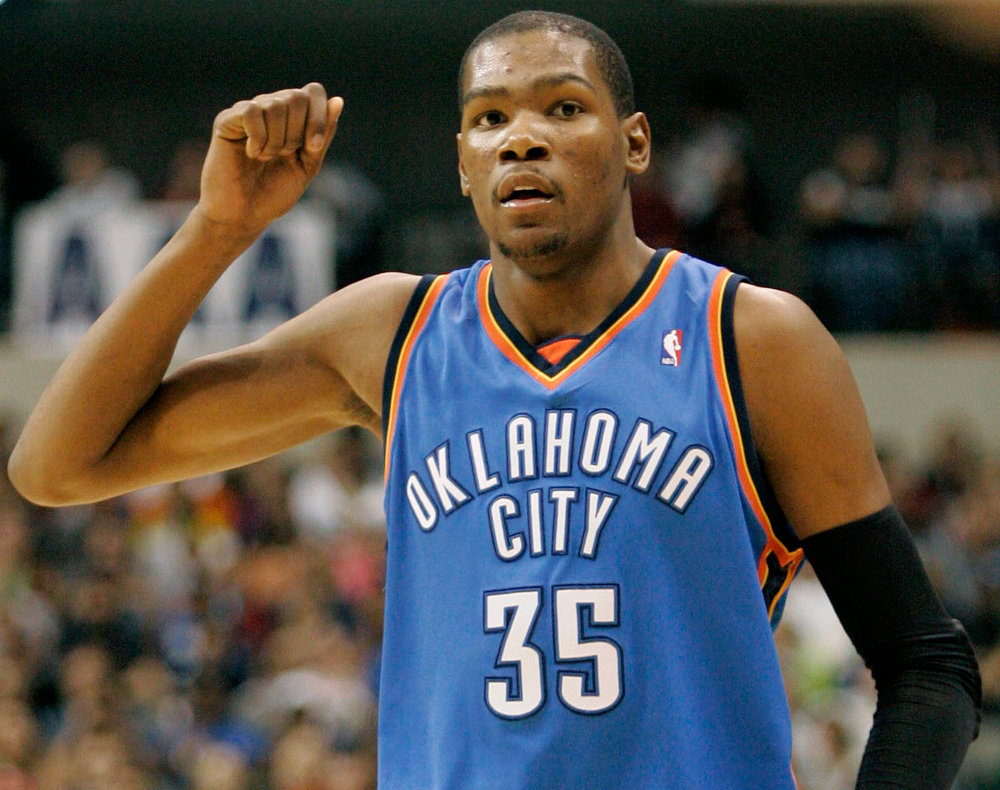 NBA leading scorer Kevin Durant has resigned with Nike for an endorsement deal worth $300 million over 10 years, avoiding a potential steal by growing rival Under Armour. According to ESPN, Nike exercised its right to match any rival shoe company’s offer to the Oklahoma City Thunder star. Nike countered Under Armour’s offer of between $265 million and $285 million. Nike, whose seven-year deal that guaranteed Durant $60 million is expiring.

“Excited and humbled to sign back with the swoosh!â€ Durant, the Oklahoma City Thunder forward and reigning NBA Most Valuable Player, wrote on Twitter, referring to Nike’s logo.

Baltimore-based Under Armour, which competes with Nike in the $4.5 billion basketball shoe market, focused on Durant to make him the face of its basketball business with an offer that included equity in the company, an unidentified source told the Wall Street Journal.

The overall value of Durant’s deal with Nike could hit more than $300 million and reportedly includes a $50 million retirement package. Durant gets a royalty on all sales in his line. Last year, retail sales of his Nike KD shoes totaled $175 million, or about 4% of the overall basketball shoe market, compared with about $300 million for Cleveland Cavaliers star LeBron James, according to analyst Matt Powell of SportsOneSource.

Sources told ESPN that Durant should make more in base and royalties than the Thunder will pay him over the next two seasons, which is $41.2 million. That’s why fans in Oklahoma City were nervous about a possible move to Under Armour, which could have steered him more to returning to his local roots in Maryland to play for the Washington Wizards when he becomes a free agent after the 2015-2016 season.

The new contract also is a huge dunk for Jay Z’s Roc Nation Sports, which has represented the 25-year-old Durant since June 2013.

According to analyst Omar Saad, senior managing director of ISI’s luxury, apparel and footwear team, who covers all the major brands on Wall Street, Durant satisfies a niche for Nike that makes him different from James, Bryant or the Jordan brand. Coming out of college in 2007, Durant turned down a contract Adidas and signed with Nike.

Safe and Sound: Where to Keep Important Documents