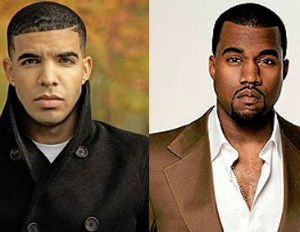 By Ricardo A. Hazell

Once upon a time, for many in the mainstream, the idea of a rap artist signing a shoe deal with a sneaker company bordered on insanity. They didn’t understand how much the hood loved sneakers. They didn’t believe in the power of hip hop…until Run DMC’s “My Adidas.” And even then, still, apprehensions pervaded.

Flash forward to the future, and now shoe companies can’t seem to get enough of a man rapping with a mic, bestowing deals upon the most commercially viable MCs. That is, unless you count Prodigy of Mobb Deep, who was able to swing a deal to design shoes for Supra. (It ain’t always about fashion forward tips, but cashing checks too.)

Until last month, Kanye West designed Nike’s and had a shoe named in his likeness with the Air Yeezy-a chimera, containing cross-training, basketball and tennis shoe elements. Those abominations sold for around $500. Let that be another reason some continually give Nike the side eye. Including West, who recently took to the stage and media to share his issues with the sneaker giant.

“If it’s for myself, I would have been cool just sitting in Nike not getting no royalties,â€ West said during an interview on the Russ Parr Morning Show. “Letting people line up for the Yeezys and not… you know. When I’m having negotiations and then I go and look in my daughter’s eyes…when I go and negotiate after that I’m like ‘Oh y’all ain’t finna talk to me like that. We finna get this money right.’â€

Read more at the Shadow League.

5 Ways to Boost Your Mood in the Workplace

6 Reasons to Launch Your Business Now