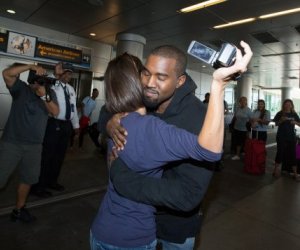 While cameras were watching his actions once again, this time, it was to photograph a hug.

The volatile rapper was seen hugging the female paparazzi he previously attacked at a Miami restaurant, two weeks ago. The photographer caught his fury when she questioned him about his current flame, Kim Kardashian‘s ex, NFL player Reggie Bush and his unborn child.

At the time, Kanye West and Kim Kardashian were seen dining in the same restaurant, at the same time as Reggie Bush and his current girlfriend.

You can read more at Global Grind

4 Steps to Go From Small Fry to Big Cheese

Jamie Foxx a Villain in the Next Spider Man?