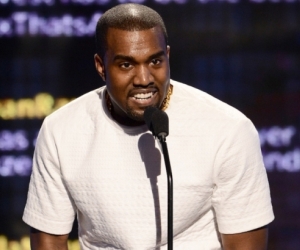 Kanye West is being accused of sampling singer David Pryor’s “Bumpin’ Bus Stop” (recorded in 1974) in his song “Gold Digger” without permission, according to TMZ.

Pryor’s children,Â Trena Steward and Lorenzo Pryor, have filed a lawsuit against the rapper who released the record back in 2005.

Pryor’s children claim that a sample of their father’s voice singing “Get down” three times can be heard 13 seconds into the song. The plaintiffs are suing the rapper for unspecified damages.

As Louisville’s Kevin Ware Cut Down Nets, Fiskars Scissors Gets the Big Stage