Is Kanye West A Bot Desperate For Validation? - Black Enterprise 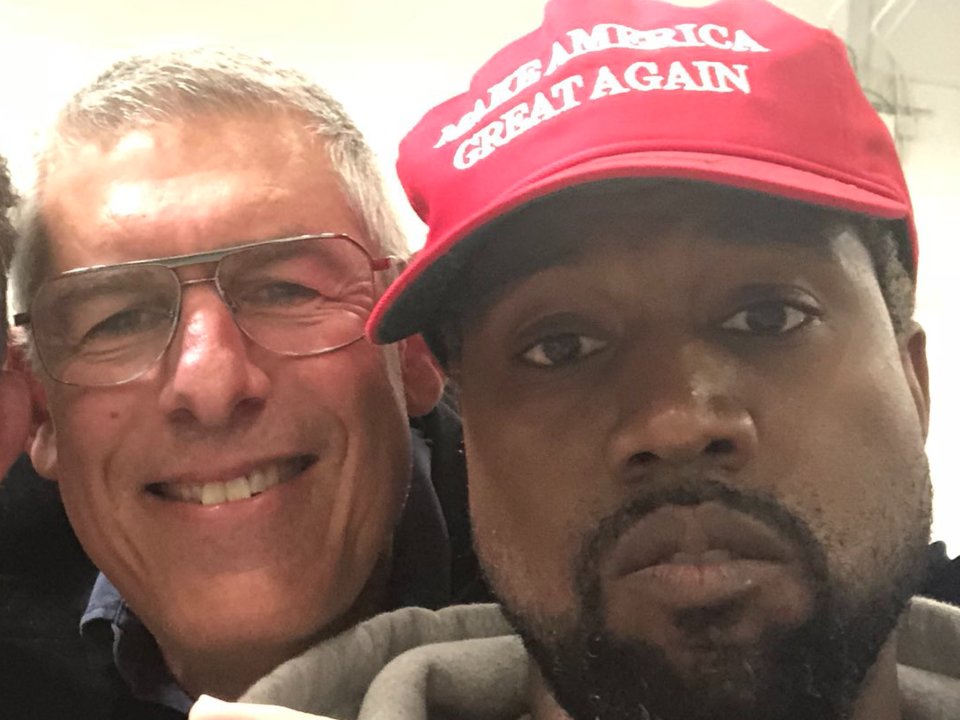 Recent events regarding Kanye West’s erratic behavior have led me to believe that the man we see in public isn’t the real Kanye but a first generation android. These “first-gen” androids created to replace black celebrities desperate for a seat at the table of whiteness effectively regurgitate inane and rudimentary Fox News rhetoric but are still working out early model kinks. There are ways to tell but two examples of proof with Kanye is the blank, lost look in the eyes—possibly a malfunction or breakdown in programming—and the intense staunch doubling down on flawed and debunked political views he repeats after reading Donald Trump’s occasionally entertaining, but always eye-roll-inducing Twitter feed. The flesh-and-blood Kanye—if he is still with us—is locked away in a dank, cool basement overrun with water bugs the size of fat pecans watching this boring, uninspired version of himself make a mockery of his musical legacy and dismantle his worthy contributions to music and pop culture.

Is Kanye In The Sunken Place?

If Kanye isn’t an android, then it’s safe to say that he has been a victim of a nefarious suburban racial scheme akin to Jordan Peele’s 2017 global hit and Oscar-winning film Get Out. By now we’ve all seen Get Out and if you haven’t then it’s worth a watch. But for those who aren’t in the know, a young black man goes to visit his white girlfriend’s family in an upstate New York town only to stumble upon a diabolical scheme that involved white people literally stealing, wearing, sexualizing, and profiting off of the bodies of black men and women. Are the Kardashian women the Armitages? Is Kim K. the Rose in this story who blithely lures a black man to a room of horrors where he is stripped of his essence and his mind is replaced by a bland white man in 45’s administration? As some of the memes last year implied, is Kanye in the sunken place of his mind?

The Miseducation of Kanye West

Science fiction conspiracy theories aside, Kanye is responsible for his own downfall and enjoys the attention, even if it’s negative. Gone is the Kanye West of 2005, who brazenly interrupted Mike Myers, much to Myers’ chagrin, and shouted without missing a beat: “George Bush doesn’t care about black people.” At the time, it was an apt response to Bush’s sluggish reaction to saving the mostly black and poor white folks of New Orleans post-Hurricane Katrina. Reactions were polarizing but the overall sentiment was that Kanye told no lies, or at least, said what many were thinking. The artist whose first three albums were multiplatinum successes selling nearly 10 million copies between the three of them combined, according to RIAA; who won multiple Grammys for his contributions to the culture; and who famously interrupted Taylor Swift’s acceptance speech for the 2009 VMAs because he was so butthurt over her “You Belong With Me” video winning over Beyoncé’s now classic video “Single Ladies.” The interruption has gone on to become sort of a pop culture mainstay with “I’ma let you finish but…” becoming a regularly used intro by people all over when they are about to share their thoughts of a better product that was passed up for a perceived inferior one.

The man who, whether you loved him, hated him, or were indifferent to him, was pumping out hit after hit of admittedly well-crafted tunes, piecing together obscure soul samples and creating whole new songs out of them has been replaced by this dead-eyed, lifeless husk of a being who is a rampant Trump supporter, and unable to have a cohesive conversation and back up his assertions with actual facts.

We live in a world where Taylor Swift, who was notoriously silent on political views, is a neo-liberal advocating for young people to vote (resulting in an immense spike in voter registration) while Kanye West is sitting dead-eyed in the Oval Office rambling like a man with no soul, perfectly on par with the malignant narcissist that is our Commander in Chief. Swift, who seems to be inexplicably linked to Kanye in a number of ways, is making more sense in her ivory tower of success and ubiquity than a man who prematurely called himself the voice of a generation in one of his many rants. Those were the days when he was relatively sane, his ego and need to be a part of the elite being the only negative qualities that hampered true greatness. But those qualities were mostly tolerable then or, at the very least, you could ignore his posturing and throw on some Rufus and Chaka and go on about your day. But when a successful artist is on TMZ making uneducated claims about slavery and is in the Oval Office in the presence of a person who truly doesn’t like black people and whose megalomania dwarf’s Kanye’s, then we have truly reached an era in “what the f–k.?”

My creative, nerdy, Octavia Butler-loving side tells myself that Kanye is an android who is acting on gleaned information from interviews or perhaps information shared by the Kardashians. Or, I get a little darker and see Kanye as the victim of melanin envy and swiftly and covertly done away with and replaced by the blandest white males in Trump’s administration. Then reality sets in and I’m no longer able to feed my creative self those stories.

To blame anyone else for Kanye’s downfall is simply lazy and another way in which black male celebrities aren’t being held accountable and I won’t do that. Kanye is the reason Kanye is failing in his career and is destroying his legacy in the process. Despite the fact that he visited Uganda and gifted the children with pairs of his Yeezy sneakers (altruism, I suppose) if the brotha doesn’t get real help, the worst will happen and his accomplishments will be eclipsed by nonsensical behavior.

— Disclaimer: The opinions expressed in this article are solely those of the contributor’s and not Black Enterprise’s. 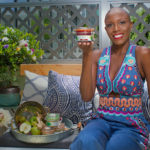 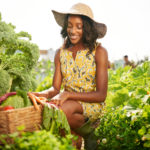 How To Be a Socially Conscious Business