Kansas City Activist To Police Commissioner: 'You Age Like Trash When You're Racist' - Black Enterprise

The Black Lives Matter protests have prompted millions to call for change within government bodies and corporations to challenge racial injustice. This week, a group of civil rights activists interrupted a meeting with the police commissioner in Kansas City calling for the termination of the police chief, Rick Smith, in an impassioned speech.

Keiajah Brooks went viral across social media with over 3 million views on Twitter with clips of her speech including telling the board’s president Don Wagner that “You age like trash when you’re racist.”

“Fair warning, I’m not nice and I don’t seek to be respectable,” Brooks said in the live stream she also posted on her Instagram page. “I’m not asking y’all for anything ’cause y’all can’t and won’t be both my savior and my oppressor. I don’t want reform. I want to turn this building into luxury low-cost housing. These would make some really nice apartments.”

“Firstly, stop using Black children as photo opportunities ’cause they’re cute now, but in 10 years, they’re Black male suspects in red shirts and khaki shorts,” continued Brooks. “Eating cookies and drinking milk with children does not absolve you of your complicity in their oppression and denigration, Rick Smith…. ’cause Kansas City will spend more on police than education then try to encourage children to feast with their oppressors. Y’all are really weird.”

Several other community activists were also in attendance to call for the police chief’s resignation including leaders from the NAACP of KC, Jewish Community Relations Bureau, AdHoc Group Against Crime, and the Southern Christian Leadership Conference.

“No true Black or blue community covenant will ever exist when excessive force injures and kills Black lives,” said Bishop Frank Douglas to FOX4 KC. “Police brutality must cease and desist by voting today if police Chief Smith is the right leader for continued command.”

okay hi this is a better version of me at the BOPC meeting today! 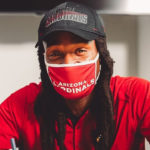 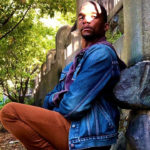 Chadwick Boseman’s Brother Announces He Is In Remission From Cancer