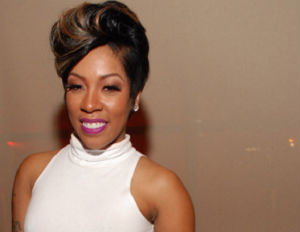 It’s been a life-changing summer for Memphis, Tenn.’s own K. Michelle. The soul singer-turned-reality star burst onto the mainstream scene this June when the hit show “Love & Hip-Hop Atlantaâ€ premiered on VH1, and she hasn’t looked back since. Although the road to fame had been a bumpy one, with cruel rumors, lawsuits (former Jive Records executive Mickey “Memphitzâ€ Wright Jr. is suing her for defamation of character for remarks she made on the show), and arguments with cast members, K. Michelle is ready to move forward. The R&B star sat down with Loop 21 and revealed her thoughts about her cast mates, regrets and why she’s ready to love again.

Loop 21: Your life has changed so much in the last few months. What has changed most for you since the show premiered?

K. Michelle: The biggest change has really been not being able to do what I want. I took simple things for granted, like going out on my own, and I can’t do that anymore. I also can’t say what I want because if I do the world will know in two seconds. It has been such a transition.

Read the rest of the interview at Loop 21