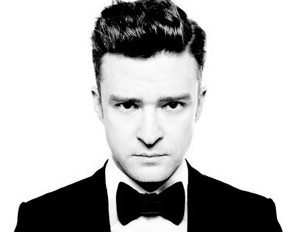 As part of the deal, Timberlake will be responsible for “creative, musical and cultural curationâ€ for the Bud Light Platinum brand, according to a statement released by the company.

Timberlake, who recently dropped his comeback single “Suit & Tie,â€ will be featured in an upcoming commercial that will debut during Sunday night’s Grammy Awards.

In a press release, Timberlake said: “I’m looking forward to not only being a part of the creative process, but in bringing other talented musicians to the forefront as well.”

The partnership came about via the ad agency Translation, who teamed Budweiser with Jay-Z for last year’s “Made in Americaâ€ concert. Budweiser has often collaborated with musicians, including Pitbull, who currently is the face of Bud Light.

Justin Timberlake is yet another celebrity who has been appointed creative director in recent weeks. Swizz Beatz joined Monster Audio earlier this week as a board member and an investor. His wife Alicia Keys joined BlackBerry last week as the global creative director.

“Justin Timberlake is one of the greatest creative minds in the entertainment industry, and his insights will help us further define Bud Light Platinum’s identity in the lifestyle space,” said Paul Chibe, Anheuser-Busch’s vice president of U.S. marketing. “Partnering with Justin as he makes his return to music brings a new level of relevance and credibility to the brand.â€