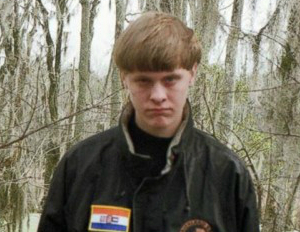 Dylann Roof, the notorious killer who confessed to fatally shootingÂ nine black church members while they were praying last year, was found guilty of 33 federal charges.

Roof ruthlesslyÂ murdered the parishioners at the historic Emanuel African Methodist Episcopal (AME) Church in South Carolina in June 2015, while they had their eyes closed in prayer. He later confessed to the crime and stated that he hoped it would trigger a race war. One of the victims was 41-year-oldÂ Rev. Clementa Pinckney,Â Emanuel AME’s pastor and a state senator.

After hearing emotional testimonies from witnesses and survivors of the attack during a seven-day trial, the jury spent less than two hours deliberating before convicting the 22-year-old killer on all counts, including hate crimesÂ and obstruction of the practice of religion.

‘‘Those people couldn’t see the hatred in his heart any more than they could see the .45-caliber handgun and the eight magazines concealed around his waist,”Â says Assistant U.S. Attorney Nathan Williams in closing arguments, as reported by The Boston Globe. He also described the victims as brave.

The same nine white and three black jurors are set to return to court on January 3, for a sentencing hearing that will determine ifÂ RoofÂ receives the death penalty or life in prison. Roof is also slated to face another death penalty trial in state court.

It is my hope that the survivors, the families & the people of South Carolina can find some peace in the fact that justice has been served.

5 Powerful Strategies You Must Consider for 2017